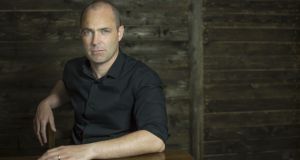 Colm Tóibín will receive the 2017 Richard C Holbrooke Distinguished Achievement Award on November 5th, organisers of the Dayton Literary Peace Prize have announced, joining past winners including Elie Wiesel, Barbara Kingsolver, Gloria Steinem and Marilynne Robinson. Named in honour of the US diplomat who played an instrumental role in the 1995 Dayton Peace Accords that ended the war in Bosnia, the $10,000 prize honours writers whose work uses the power of literature to foster peace, social justice and global understanding.

“Through fiction, we learn to see others,” said Tóibín. “The page is not a mirror. It is blank when I start to write, but it contains a version of the world when I finish. It is there for others to be inspired by. Slowly then, a sentence or set of sentences that have their own integrity, their own sense of balance, their own striving towards worth, can become a sonorous metaphor for much else, including for how we might live in the world, how we might see others, what we might do. Good writing thus has elements and undercurrents that are moral as much as aesthetic.”

Donal Ryan has been appointed by the University of Limerick as a lecturer in creative writing. He joins a programme led by Frank McCourt Chair of Creative Writing, Joseph O’Connor, featuring Giles Foden and Sarah Moore Fitzgerald. O’Connor said: “To have a writer of Donal Ryan’s exceptional gifts with us here at UL is immensely exciting and a great opportunity for all concerned. He is a wonderful author and teacher and will bring a huge amount to our Creative Writing programme. I am thrilled to have him as a colleague.” Ryan said: “The programme of creative writing at the University of Limerick is young and dynamic and already competes strongly with the best in the world. I’m proud and thrilled to be a part of it. UL is my alma mater and my second home and this appointment is a dream come true.”

Ireland’s oldest independent publishing house, Mercier Press, has announced the winner of its fiction competition, Cork author Cethan Leahy, for his young adult novel Tuesdays Are Just as Bad, which will be published next June. Leahy said: “I still can’t believe I have won. It’s genuinely a dream come true. I am delighted (and slightly terrified!) that my characters will be out and about in the world, instead of just on my laptop.” Leahy, who has a background in filmmaking and illustration, will receive a publishing contract with Mercier Press and a cash prize of €1,000.

Under O’Connor, the Little Museum of Dublin has become a brilliantly innovative Dublin institution even in the brief period since its inception in 2011. O’Connor, who is also a well-known composer, is clearly used to start-ups, and is expected to apply the same abilities to launching the Ulysses Centre, a joint venture between UCD and the National Library of Ireland, which holds some of the most important Joyce manuscripts. It is scheduled to open in late 2018. O’Connor’s post carries a salary of about €100,000.