Brief reviews of Antkind, Retreat from Revolution by Mary Kotsonouris, Feminist City by Leslie Kern and Women’s Ordination in the Catholic Church by Fr John O’Brien 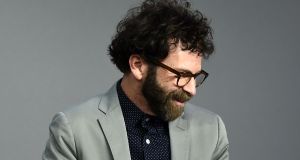 Antkind
By Charlie Kaufman
4th Estate, £18.99
Screenwriter Charlie Kaufman is infamous for his existential, surrealist film scripts and at the risk of sounding pretentious, his weighty literary debut isn’t so much a novel as an experience. Film critic B. Rosenberger Rosenberg discovers what he believes to be the cinematic work of a generation, only to destroy it in his attempts to unveil it to the world. Reading Antkind is exhausting; Kaufman’s cultural references are as niche as they are relentless, his central protagonist as affected as his premise. But it demands to be read, even as it threatens to melt the reader’s brain. The inexorable truth doesn’t emerge because it’s there to be seen from the beginning, even though the reader only knows where to look for it by the end; all art is a representation of life, and it is always filtered through something before it reaches us. Becky Long

Retreat from Revolution: The Dáil Courts 1920-24
By Mary Kotsonouris
Irish Academic Press, €18.95
Aimed at the general reader, this excellent book explains the Dáil Courts’ importance in the lives of the people who used them and is based on contemporary sources. It traces their genesis in the local “Sinn Féin Courts” established in response to serious agrarian violence in the west of Ireland which spread quickly. People turned away from the established courts to use the new courts and by June 1920, the Dáil moved to initiate its own hierarchy of civil and criminal courts. Although the courts were “shining proof that the Irish were capable of governing themselves”, they were of much more importance to the thousands who resorted to them to solve everyday disputes; they provided cheap and immediate access to justice. Civil War tensions between the courts and the executive led to their winding up. Brian Maye

Feminist City: Claiming Space in a Man-Made World
By Leslie Kern
Verso, £7.99
A day after Leslie Kern’s book ‘Feminist City, Claiming Space in a Man Made World’ arrived, a friend posted a photo showing solid Victorian bollards blocking her child’s buggy’s entrance into the joys of the Phoenix Park. Hah! Kern’s belief that our Western cities are ‘patriarchy written in stone, brick, glass and concrete’ made manifest. With more of us living in cities, more women in the city as workers, Mums, teenagers, the politics of our city’s construction is key, how women are enabled to claim, and enjoy, public space. It’s not so long ago that a woman having a coffee on her own would be considered fair game by men assuming her public aloneness signalled she wanted company. Aside from coffee drinking white/cis/able bodied women, what of the needs of the marginalised? Women of colour, disabled women, women from poorer backgrounds. Who speaks for them? And then of course rape. How many city planners acknowledge women’s right to walk, take public transport, party, without fear of assault? When 1980’s female urban planners first argued for safety for women in cities they were laughed at; what do you want us to do ‘pave the parks?’ So much to digest here - cities old and new, politics old and new. Rosita Sweetman

Women’s Ordination in the Catholic Church
By Fr John O’Brien
Cascade Books, €22
Fr John O’Brien, a Spiritan priest and professor of theology at Durham University has produced a thorough and exhaustive demolition of ongoing arguments against women priesthood in his church. He persuades, effectively, that this practice cannot be sustained and is rooted in later prejudices rather than the ministry of Jesus.

His book will appeal to the converted but, most likely, will be dismissed by those opposed. Plus ca change! Those with more open minds, however, are likely to be persuaded to his view.

Sadly, that is likely to make little difference to current Vatican practice, where the issue is hardly discussed and where even the matter of women deacons has been long-fingered to yet another committee. This, in an institution where there has been no progress either on the somewhat less controversial rule of mandatory celibacy for priests. But well marshalled arguments such as those presented here by Fr O’Brien cannot continue to be ignored by the Church without it being seen as increasingly irrelevant in wider society and irredeemably intransigent before the signs of the times.