Catherine Ryan Howard on the secret of getting published: it’s all about the book

I spent years trying to write the kind of book I thought would get me published but my favourite thing was a twisty killer thriller. So why did I even think of writing anything else? 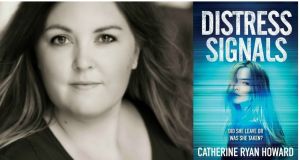 Before I became an author myself, I was shamelessly obsessed with them. I clipped newspaper interviews and recorded their appearances on TV. Attended workshops, seminars and literary festivals, sidling up to the panellists afterwards under the guise of getting my book signed. Made forensic examinations of the advice they shared in magazine articles and blog posts. Googled the names of the agents and editors they thanked in their acknowledgements. Systematically worked my way through the reference section of Waterstone’s on Patrick Street, Cork, reading every How To Write a Book, Get Published and Make Millions – This Weekend! style title they had in stock. I once even took a day trip from Amsterdam to Paris just to giggle like a tween at a Justin Bieber concert in front of Harlan Coben and see what a publishing superstar smelled – I mean, um, looked – like in the flesh.

All in pursuit of the answer to this question: how did you get published? I needed to know because I was desperate to get published myself. Was there a special pen I should be using? An optimum type of paper? Maybe a particularly inspiring brand of coffee grounds? I heard Maeve Binchy got up at 5am every morning to write but then I also heard that Cecilia Ahern stayed up until then to do it, so I didn’t know what to believe. Where was I going wrong? Just tell me which bloody pen, okay?

Occasionally I even managed to do some writing too. My first attempt was a terrible YA novel about studying for the Leaving Cert that I wrote instead of studying for my own. Then I got into Formula 1 and developed a crush on 1997 world champion Jacques Villeneuve, energy I channelled into a F1-themed thriller I called Chequered Flag. I carried it around for months on a floppy disc but lost interest after only three chapters. After a 10-day trip to New York six months after 9/11, I became convinced that was ample research into what it must’ve been like to be in the city on that tragic day, and got to scribbling about a NYPD detective struggling to make sense of it all. I’d like to apologise now, publicly, to the agent I subjected the first 5,000 words of that drivel to. My bad.

When I finally got around to finishing something, it was, quite unexpectedly, non-fiction. In 2006 I moved to Orlando, Florida to take up a job in Walt Disney World and see what kind of How To Write Books books they sold Stateside. Turns out moving 4,000 miles across the Atlantic without doing any research and even less preparation doesn’t make for a smooth transition. Within weeks, my e-mail updates to friends back home were getting thousands of words long and as much as mildly entertaining. Conveniently all the proper jobs were gone by the time I returned to Ireland in 2008, so I decided to move into my parents’ box-room and write a book about my time in Orlando instead.

No one wanted to publish that one either, but one agent I’d sent it to said she’d like to see me write fiction. You and me both, love. I’d read somewhere that Alex Barclay had written her first novel in holiday homes around Ireland, so quitting the office job I’d finally managed to get and spending all my savings on six weeks in a seaside cottage in winter seemed like the only sensible thing to do. The novel this produced – a chick-lit meets corporate satire tale I described as The Devil Wears Prada meets Weightwatchers – went nowhere, and I decided to self-publish Mousetrapped, my book about Disney World, while I figured out my next move. Meanwhile relatives made polite enquiries about when I was going to get a real job and my parents wondered if their thirty-something eldest daughter would ever manage to make a permanent move out of the house.

Then, in the summer of 2012, an epiphany. I’d spent years of my life obsessing over how other authors had got published and then a few more trying to write the kind of book I thought would get me there: light-hearted, funny (?), women’s commercial fiction. But my favourite thing in the world was to lose several hours to a twisty killer thriller. So why was I even entertaining the idea of writing anything else?

An article about cruise ship disappearances had been percolating at the back of my brain for about a year. Now, concrete ideas began to emerge from the fog. The novel would open in Cork. A woman would mysteriously disappear from a cruise ship in the Mediterranean. I’d get a mention of Jurassic Park in there somewhere.

And only that. At least, at first. My obsessive author-stalking, my PhD in exactly how to format a manuscript that didn’t exist yet, my elevator pitch polished to a high shine… In the end, none of it mattered. None of it got me published. It all came down to the book.

So if, now that I’m – gulp – a published author myself, anyone asks me about a special pen or type of computer or brand of coffee, I’ll tell them not to focus on silly things like that. I’ll tell them just get their arse on the chair and words on the page, and worry about everything else later. I’ll tell them that, at the end of the day, it’s all about the book.

(But also it’s a clicky Pentel Energel in blue, an iMac with a big screen and Lidl’s Nespresso-compatible ‘Lungo’ capsules. As far as I know, anyway.)

Distress Signals is published by Corvus, £12.99, and is reviewed in The Irish Times this Saturday by Declan Hughes, who calls it “a highly confident and accomplished debut novel, impeccably sustained, with not a false note”