Browser: Luke O’Neill’s ‘Humanology’ tackles the science of us

Plus: Hurling stories, aphorisms, and a posthumous collection from Helen Dunmore 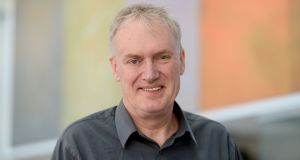 Most of you will be familiar with Prof Luke O’Neill’s appearances on radio, during which he tackles the great questions of popular science with wit and great erudition. Now the Trinity biochemist has shown that his skills as an engaging communicator translate easily to the printed page. Like Bill Bryson’s A Short History of Nearly Everything, Humanology makes a fair attempt to explain every aspect of what makes us human: how, when, where, and who, with some speculation as to why. But make no mistake, for all the easy wit and clever pop-culture references, this is fundamentally a science book, and it’s bursting with the stuff. Using the most up-to-date data from every discipline, O’Neill moves from pre-creation to our eventual extinction, along the way taking in the cell (do you really know what a protein is?), laughter, gender assignments, love (science of), God, diet, disease, cryopreservation, the FucM gene (not surprisingly, genes feature heavily), the band 10cc, population control and the “Emperor of Maladies”. A smart, terrific read.
Joe Culley

The All-Ireland Hurling Final. An annual event that can bring out the best, and the worst, in us all. Coakley bases his stories around a fictional game between Clare and Cork, in the legendary grounds of Croke Park. The stories feature the players, their families, the selectors, coaches and supporters. The journey to Dublin is described with wry humour: “Fierce stupid thing, not to pull over, when someone after a feed of drink says to you that they’re going to get sick in a car. But that’s Jonno, a gowl of the highest order. So ’twas his own fault.

Gerry has dementia, but his wife continues their tradition: “On that September Sunday, after Mass, she sat down in front of Gerry, but just to the side so he could still see the television. The All-Ireland was coming on. He watched sports for hours at a time, thanks be to God, not that anyone knew how much he could take in.” A novel of interlinked stories, each bringing the game to life and revealing the dreams that live within a county player. A brave and memorable read.
Margaret Madden

What defines a country, asks Joshua Keating, in this fascinating, thought-provoking read. Is it borders, a government and recognition by and of other countries? Today’s world is “the product of a series of accidents and historical processes that could just as easily have gone another way”. Is the past 25 years of remarkable geographical stability coming to an end in the era of Brexit, China’s island-building, Putin and Trump? Following a short historical overview of how countries emerged, Keating considers the cases of five “invisible countries”, Abkhazia (Georgia), the Mohawk community of Akwesane (straddling the Canadian-US border), Somaliland (Somalia), Kurdistan (Iraq, Syria, Turkey, Iran) and Kirbati (Pacific Ocean), all of which he has visited. Somaliland is autonomous and possesses more of the features associated with a country than Somalia, of which it is a nominal part, but the rest of the world is unaware of or has opted to deny its existence. Iraqi Kurdistan shows the cruel absurdities of the current Middle East map but also the potential dangers of redrawing, and Kirbati’s very existence is threatened by climate change.
Brian Maye

Having singly-handed revived the aphorism, Don Paterson has been growing this superfine gritty collection for over a decade. “A poem is a ladder to the sky; an aphorism just a stair to the cellar.” And although he would probably classify Ecclesiastes as wisdom literature ( there are pages of aphorisms defining aphorisms here), I felt a delightfully dour kinship between them. Paterson is much funnier, of course, his dark view bizarrely comforting. What could be seen as arrogance must be brave, whether he’s examining “the self” or himself. That honesty earns the reader’s trust even though I couldn’t quite decide if his appreciation of women unnerved or pleased me. But truth and wit carry the day as he takes the reader on his subterranean journey and “. . . we stand before the world like a projectionist behind his dusty cone of shadows, illuminating only what we already know.” He nails our current unease: “Right now there is probably more you need in the cellar than in the sky.”
Martina Evans

Washington Post columnist Jonathan Yardley bemoaned yet another Faulkner biography released in the noughties: “Apart from his writing . . . he really didn’t do much.” This judgment gives an inverse appeal too, though; the writer who fixed to the discipline of his craft and got on with, for better or worse, the idea of living. Yardley would have little complaint about this book. Curnutt delivers a fine blend of Faulkner in little more than 200 pages, which should prove a good starting point for anyone wishing to learn more about one of the defining literary voices of the 20th century.

Curnutt offers the right blend of research and anecdote, and astute analysis of the novels, short stories, and evolution of Faulkner’s style. He manages to fit in the heavy family history in Mississippi; the initial struggles of “Ol’ Bill” to find his métier that eventually led to a remarkable run of books; the reluctant Hollywood years, the booze, marriage troubles, and slump into relative obscurity, before a renaissance of recognition resulted in the 1949 Nobel Prize for Literature. Impressive.
NJ McGarrigle

Family life, friendships, war, secrets and hidden lives are the themes in this posthumous collection from the gifted Helen Dunmore. Some stories have literary backgrounds. Taken in Shadows is a fascinating monologue where the female narrator speaks to a well-known portrait of John Donne. In Esther to Fanny, the latter is Fanny Burney, who endured a mastectomy at 59 without anaesthetic in 1811 and lived another 29 years. Grace Poole Her Testimony is an interesting take on the character of that name in Jane Eyre. The narrator in Writ in Water is the painter Joseph Severn, who tells of John Keats’s final weeks in the accommodation they shared together in Rome. The outstanding war story is Rose, 1944, about love between a white British woman and a black American GI and the appalling racism of the American army. The first four stories, “the Nina stories”, tell of Nina at various stages of her young life, taking responsibility for her own wellbeing and protection; she’s a girl just about balancing. Dunmore’s is a compassionate voice throughout.
Brian Maye