British YA gets political: teen reads for July 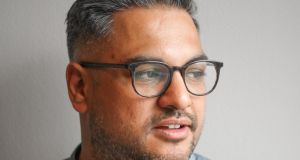 Nikesh Shukla, most recently known for editing the essay collection “The Good Immigrant”, is writing for teens for the first time.

“Gentrification isn’t just about posh coffee shops appearing. Gentrification is about who can pay to live and exist in these spaces.” Taran, Anna, Hari and Jamal are four of the teenagers a wealthy property development company wants out of the block of flats they call home; all now being chased by the police after witnessing something they shouldn’t have.

The acclaimed Nikesh Shukla, most recently known for editing the essay collection The Good Immigrant, writes for teens for the first time in Run, Riot (Hodder Children’s Books, £7.99) but both his fiction and nonfiction for adults have previously explored the thematic concerns of this novel: what it means to be young and working class and/or a person of colour in Britain, and the ensuing tension between anger and creativity, rioting and living.

That it’s not brand-new territory for Shukla likely contributed to the way in which this novel is allowed to be fiction rather than manifesto; it’s first and foremost a gripping page-turner that takes place over the space of 24 hours. With the exception of one slightly cartoonish villain (“We are all cogs in the wheel of progress,” he declares) the characters are rounded and authentic, particularly the titular ‘Riot’ (Taran’s rapper alias) and the more reticent, rule-abiding Anna.

Tracey Mathias’s debut, Night of the Party (Scholastic, £7.99), similarly sets itself the difficult task of writing the overtly political while still holding the reader’s attention through story.

More than a year after his sister’s death at a party, Ash meets Zara – who seems to know more about that night than she’s telling. When he discovers why she hasn’t spoken up – that she’s not “BB” (“British Born”) and therefore “an illegal” who he should report, it opens his eyes. Political debate has always been abstract for him, and even his school friends are remarkably blase: “it’s not fascism . . . it’s common sense,” one declares, but still shrugs off the idea that any of this is important enough to fall out over.

Another shocker of a night – the return of “the Party” to power after an election everyone predicted they’d lose – makes it clear “there are some arguments you can’t avoid”, though. Within days the house searches and road blocks begin, leading to Zara’s imprisonment in a “deportment centre”.

The best dystopias always feel plausible; it’s rare to read one that feels it could be only a few years away. “We didn’t think it would get so bad so quickly,” Zara recalls. A thrilling story with a terrifying real-world resonance.

“Child experts will tell you that I’m way too young to carry such a burden of responsibility on my tender shoulders . . . Funny how no one ever uses the word ‘love’ when discussing my case.” Bobby describes himself as “your average 17-year-old”, even though he knows there’s a big slice of him that isn’t. He’s the carer for his terminally-ill mother and a difficult younger brother, and he’s not interested in whining about it. She’s his mum. He loves her “from sole to summit” and if anything he does can keep her around a bit longer, he’ll do it.

It’d be easy for a novel about a woman dying too young and in agony, and the son asked to end things before it gets too bad, to be utterly miserable. That’s not what Costa Children’s Book Award winner Brian Conaghan does with The Weight of a Thousand Feathers (Bloomsbury, £12.99), however. Although it’s heartbreaking at times, there’s also tenderness and humour in the exchanges between Bobby and his mum (“Did you have to stand up and tell them all about your sick mother, and how she completes you?” she quips when Bobby returns from his first group counselling session).

If Bobby occasionally feels too saintly and wise, it’s also plausible for someone dealing with such adult concerns, and means the dramatic moments – when the “whirlwind” of anger consumes him – are well earned. The tremendous empathy with which Conaghan writes about young people is impressive.

Steven Camden, aka spoken-word artist Polarbear, invites us into a weird and wonderful friendship in his latest novel, Nobody Real (HarperCollins, £7.99). Marcie’s in the middle of her last-ever school exam when Thor reappears – Thor, the handsome boy with the arms of a bear who she hasn’t seen in years. The narrator already knows, even though Marcie doesn’t, that Thor’s counting down to “the fade” – complete with otherworldly therapy sessions to help him process this new adjustment.

This quirky take on imaginary friendships and creativity, set against the backdrop of that first summer of alleged adulthood when scary decisions about “the future” must be made, is a layered, big-hearted read.

Once upon a time, Alice’s grandmother, Althea Prosperine, wrote a book of dark, weird fairy tales, now out of print. Aware that Althea’s a “one-hit wonder” and of interest only to small subsets of folklore scholars, Alice is nonetheless fascinated by the grandmother she never met, the grandmother her restless, nomadic mother kept her away from.

But when her mother disappears, strange objects and creatures turn up: hints that there’s in fact “something terribly real” behind the stories. The “bad luck” that has plagued their lives may be a more sinister, coherent force – and Alice is heading straight into its dark heart.

Melissa Albert’s debut The Hazel Wood (Penguin, £7.99) is a joy for fairy tale enthusiasts, weaving in mythic archetypes while making them her own. It also eases the reader in gently to the fantastical realms and maintains its ties to the real; the magical trees in the wood remind Alice of “Etsy jewellery on steroids”, for example. The blend of contemporary thriller with dreamy magical quest makes this an immensely appealing novel.