Plus: Lara Williams pushes past millennial stereotypes in a strong debut novel 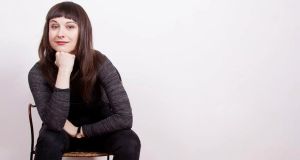 Twenty-first-century conversations on the relationship between women and society have consistently used the concept of space to articulate the tension between what is expected and what is experienced. Women are, in subtle and explicit ways, told that they take up too much space. Lara William’s powerful debut novel tackles this notion head on, or, rather, stomach first. Roberta, her central character, is more than hungry, she is empty. And so are the women who gradually begin to participate in her illicit supper club meetings, which grow increasingly subversive, and maybe even revolutionary. It is tempting to see Williams as yet another voice in the emerging choir of millennial writing but she is actually at her strongest in this first novel when she articulates the consequences of her characters’ need to push against those stereotypical boundaries and their paralysing uncertainty in the face of necessary decisions. Becky Long

Otaku, in Japanese culture, denotes an individual who is especially interested in a particular subject and amasses extraordinary knowledge within that context, to the detriment of their social skills and common sense. In many ways, each of the chapters in Matt Alt’s consistently entertaining and informative tour through the cultural impact his adopted homeland has had on western society offers his readers exactly that: a rabbit hole of information and context that simply begs to be mined. Beginning with the release of the seminal Final Fantasy VII PlayStation game in 1997, Alt conducts a masterful exploration of a history, a people and a culture that have shaped our use of technology, our conception of storytelling, and our fascination with Kitties named “Hello”. Becky Long

“Even today, western conceptions of eccentricity very rarely tend to encompass Black personas,” notes a book read constantly by Mathilda, the narrator. Possessed of a “heightened frock consciousness”, she luxuriates in flights of escapism – transfixions – fixated on past black modernists. One, the 1920s poet Hermia Druitt, seems to have fallen through the cracks of history, in a cascade of absences, removals and erasures from the archives.

Mathilda’s obsession with Druitt takes her to a bizarre art residency in Europe, a century-old cult, and iridescent characters that may well be mirror images of herself. Shola von Reinhold is one of Jacaranda Books’ 20 Black British authors published in 2020, and what a find. Lote is a rapturous first novel, a queer black fantasy with angels leaping off every page. Molara Wood

“A marriage is a closed world. Anyone who thinks they can explain it to an outsider is a fool.” Margot and her mother, an illustrious actor, are the clandestine family of a high-ranking politician in the public eye who has been leading a double life for 20 years. Margot partly idealises her often absent father but has a complex, ambivalent relationship with her mother. This is the psychological-philosophical context for a coming-of-age story set in Paris, told by an aloof and introspective narrator. A new perspective on an old story of secrets and lies, it owes something to the timbre of Bonjour Tristesse in its sensuality, restlessness and longing, a book that the novel references in a characteristically self-aware style. This is an engaging examination of youth, age and cruelty. A stimulating and provocative read. Ruth McKee

Nothing brings home more starkly the contingencies of living in hiding than the instruction fever-ridden Regina gives to her young daughter, Lucia. Lucia and Reinhold (the humble, gentile Berliner who courageously shelters these fugitive Jews in wartime Vienna) must dismember her corpse and bury it secretly in an allotment. This moving, gripping account of survival over a terrifying four years is based on interviews with Lucia by the well-known Austrian author. The good-souled Reinhold Duschka baulked at any mention of his deeds or the risks he’d taken. But at 90, and before he died, he was honoured by Israel as one of the “Righteous Among the Nations” on a proposal from Lucia, the young girl – and her mother – whom he had saved from the gas chamber. Danny Morrison

Lake of Urine
Guillermo Stitch
Sagging Meniscus, €18
In some ways, Guillermo Stitch’s latest novel is a kind of modern fairy tale, a strange fable with an even stranger moral at its heart. The disparate lives of sisters Urine and Noranbole Wakeling form the focus of the novel, while their eccentric mother Emma contemplates the loss of her youth, as well as her eight marriages. Stitch’s prose is mesmerising; his vocabulary is nothing short of awesome (and I mean that in the divine sense of the word) while his ability to weave whimsy and magical realism into an accented, almost anachronistically antiquated style is practically sublime. As a storyteller, Stitch seems to know what he’s doing, and the result is akin to the literary lovechild of Terry Pratchett and Salvador Dali. As a book that’s unapologetically bizarre, if not downright weird, it won’t be for everyone. But it’s certainly something. BECKY LONG