Books in brief: From days of atonement to gay slaves on the plantation 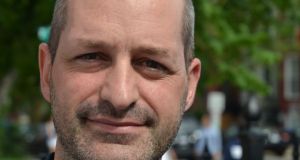 A father returns to New York to scatter the ashes of his estranged wife, in Austin Duffy’s sensitive and unexpected second novel. It’s Rosh Hashanah, the Jewish New Year. In the 10 days until Yom Kippur, the day of atonement, he must make peace with both his past and his alienated teenage daughter. After that, he won’t be around any more. As the reader learns why, his road to forgiveness changes into something devastating. Duffy’s skilful pacing reveals the truth piece by piece, and Ten Days delivers something stranger, and more touching, than what it initially seems to promise. JOHN PHIPPS

“I didn’t ask to be a child but I was one.” Catherine’s voice is immediate, and unsettling, pulling the reader into her fragmented world. Written in short, titled segments, the childlike narration takes us back to her babysitters, Bernard and Pat, and to life after her father died when she was a small girl, lonely and confused in an adult world. It’s a book you will take in rapid, small mouthfuls; it has a sharp, bitter taste and is sometimes hard to swallow, dealing as it does with awful truths, how nobody told her people could do such terrible things. The adult tone that begins to disrupt the child’s perspective is exceptionally well drawn as the whole picture is revealed, little by little, with growing suspense. Acutely observed, and psychologically on the button. Superb. RUTH McKEE

“Not in the light,” Samuel says to Isaiah when he kisses his hand, as they start their morning’s toil on the Mississippi cotton plantation, known by all enslaved there as Empty. The novel is an intimate portrayal of the relationship between the two men, written in language that is sumptuous, lyrical but with sharp teeth. It is a sweeping story, encompassing interconnected lives on the plantation, from kitchen maid to preacher, but it’s also interior, visionary and searching. Unflinching and brutal at times, it pays homage to the revelatory power of love. The writing is heir to James Baldwin and Toni Morrison and bears witness to the heritage of queer black men; the story has always been there, but is told now for perhaps the first time, in voices that sing, deep as a well. RUTH McKEE

Nobel Prize-winning biologist Paul Nurse here introduces us to “the five basic concepts of biology”: the cell, the gene, evolution, the chemistry of life and the role of information. As well as providing the basics about each concept, he tells us about the people responsible for the major breakthroughs in biology and chemistry. Included in these is his own research, which focused on the cell cycle: how cell division works. In an accessible, readable way, he considers how knowledge can help us change the world for the better and what life really is. Because all living things are ultimately related to each other, he concludes: “We need to care about it, we need to care for it. And to do that, we need to understand it.” BRIAN MAYE

Bolt from the Blue

A novel written in epistolary form, Cooper has maximised the potential of this literary convention to achieve a work of great depth and quiet power. Over three decades, a mother and her artist daughter communicate only by letters, excavating their relationship as it evolves with melancholic, astute precision. At times spellbinding and mesmerising, the work also proves provocative and inspirational. As much a love letter to the lost art of letter-writing as it is a thirty year-long dialogue of familial love, Cooper has produced an understated book that nonetheless resonates powerfully. This book is deeply sensitive to the ebb and flow of relationships over time and the way love is disguised, expressed and experienced, and it achieves that elusive dream of all authors and finds new meaning in the recording of life. HELEN CULLEN

A Net for Small Fishes

Jago’s historical fiction debut, based on a true scandal that rocked the court of James I, is a sensuous evocation of 17th-century noble shenanigans. Jago offers a timely lens through which to reconsider power dynamics in Jacobean England by centring the narrative around a complex female friendship. Frances Howard, the Countess of Essex, and the talented but status-less Anne Turner share an intoxicating bond that leads them to challenge the brutal conventions that oppress them – with radical consequences. If nicknaming a protagonist Frankie irks as unlikely for the time, it is an isolated wrinkle in what otherwise reads as a seamless and stylish account of the era. It is set in 1609, 69 years after the Mantel trilogy concludes, so those mourning Cromwell may find much to scintillate here. HELEN CULLEN