‘Asylums show us at our most shameful. They’re our darkest place’ 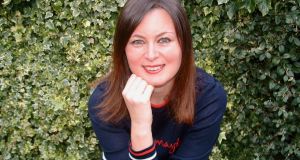 Jo Spain: When it came to decide what sort of crime to write, I wanted to go dark. As one reviewer of my novels has put it, Ireland has much to offer in that regard

“We Irish spent centuries thinking up new and ingenious forms of incarceration for much of the population, Tom. We had institutions for everyone and we especially liked to hide away unwanted family members.” – Extract from The Darkest Place

It’s no secret. Irish crime has exploded internationally. Emerald Noir is the new Scandi Noir and publishers and TV producers are keener than ever for source material from our glorious isle. And with it, the question has been asked: just where has all this delicious darkness come from?

It’s simple. We’re a nation of storytellers and we happen to have a history so steeped in fascinating horrors that we only need to scratch the surface to hold the rest of the world in thrall.

And the last few decades have seen us start to lift the lid and write freely. In journalism, and also in novels.

Liz Nugent looked at just one small time period recently, in an article entitled The Gothic Horrors of 1980s Ireland, a decade she feels particularly influenced existing homegrown crime writers. Rightly so. As she points out, the Kerry Babies, Malcolm McArthur, the Magdalenes, the various truths coming to light, all marked and shaped the writing of a future generation, especially women writers.

When I chose to write crime, it came from an attraction to the genre as a reader. I’d grown up on Enid Blytons, then Agatha Christies, and also in a period when crime shows dominated TV. They still do, but this was a golden age of NYPD Blue, The Bill, Cagney and Lacey, the televised Poirots, and so on.

When it came to decide what sort of crime to write, I went deeper. I wanted more than the whodunnits, more than the body in the library and the straightforward case.

I wanted to go dark.

As one reviewer of my novels has put it, Ireland has much to offer in that regard and I’ve mined it.

I used a topic that ran personal for With Our Blessing, my first novel. My Dad had been adopted from a mother and baby home and I researched the horrors of both those institutions and the Magdalene laundries. The book was a work of fiction but it was steeped in truth – so much so that, oddly, I’m consistently number one on Amazon for books about Irish history (trust me, if a nun had really been crucified in the Phoenix Park, we’d all have heard about it).

I maintained this theme of examining society through my next three books; using such backdrops as the sell-off of our natural resources; misogyny in the police force; and the bubble and burst of the Celtic Tiger.

So, when I sat down to plan my fifth novel, the fourth in the DCI Tom Reynolds series, it was natural to think again about what part of our history or society I could explore.

I was used to dark, to disturbing, to distressing. But when I decided to look at the historic treatment of mental health patients, I had no idea how upsetting it would be.

We all know that, even now, mental health is the neglected relation in the health service. Cutbacks, a lack of resources to begin with and failure to prioritise have hit it hard over the decades. We can only hope that recognition of that will lead to a redressing of the balance in the future.

But whatever we’re dealing with now, the past was truly horrific.

The people who suffered in the laundries, the mother and baby homes and the industrial schools have all campaigned for, and in some instances have won, apologies and compensation. For all the flaws with the processes, they’ve attained something.

The thousands who went through our asylums have not had the same victories. They don’t even have the same momentum.

I’m not an expert in this area. I write crime fiction but I try to do a decent job of sensitively using politics and history. When I write on a topic like this, I look to those who do know what they’re talking about; in this instance, there was plenty of valuable material at my disposal. Mary Rafferty’s shocking Behind the Walls. Hanna Greally’s Bird’s Nest Soup. The academic piece: Asylums, Mental Health Care and the Irish: 1800-2010, edited by Pauline M Prior. The investigative reporting into history by The Irish Times, Diarmaid Ferriter and others.

In The Darkest Place, I’m referencing reality. In the middle of the last century, Ireland had the highest number of people in asylums, per capita, in the entire world. In the sixties, we’d over 20,000 people incarcerated in psychiatric institutions in any given year.

These were not all people who you could think of even in the slightly ignorant, traditional sense of “insane”. The numbers were bloated by the detention of patients who had dementia, physical abnormalities, nervous disorders, domestic violence victims, homosexuals, epileptics, people suffering with varying degrees of depression; the list goes on.

And the horror didn’t stop purely at their incarceration. What was inflicted on many of these people at points in the name of “treatment” was barbaric. Electric shock treatment. Hysterectomies. Lobotomies.

Patients were kept in overflowing wards; left lying in their own excrement; men and women forced to share wards; sent to bed at 6pm. They faced isolation, abuse, were denied basic nutritional needs and even contact with the outside world.

They were denied all human rights.

True, the same was happening in most of the world, and also, not everybody was treated badly – but we pursued asylum care with particular vigour in Ireland. And in some respects, we were expert at torture. It was an Irish doctor who invented the swing chair, a device rotated at speed to shake patients until fits were induced.

Like all our institutions, asylums were big business. They provided employment. They gave large contracts for laundering and food and equipment, etc.

The quote above is from the book, but it’s based on what these historians have correctly pointed out. We Irish had institutions for everybody. It’s an uncomfortable truth.

Writing this novel affected me more than any of my previous crime novels, even though that’s all it is – a story, a simple, fictitious tale of a murder and an investigation.

Asylums, it could be argued, show us at our most shameful. They’re our darkest place.

And it’s time the survivors were recognised.
The Darkest Place by Jo Spain is published by Quercus, at £13.99