A Kind of Freedom by Margaret Wilkerson Sexton review 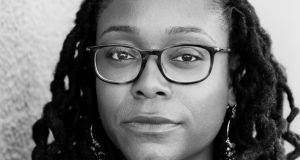 Book Title:
A Kind of Freedom

A young black man in 1940s Louisiana works a menial job as he dreams of being a doctor. Saving money for tuition is hard – low wages, long hours and regular handouts to policemen as security against their brutality: “The officer yanked it from his hand, and it was Renard who said thank you.” Two generations later, Renard’s grandson TC is also on the wrong side of the law. His attempts to start over after a prison sentence for selling marijuana look doomed to fail against a legacy of centuries of oppression for black people in America.

In her debut novel, Margaret Wilkerson Sexton sensitively explores the generational impact of racial disparity in the South by looking at a New Orleans family’s evolution from the second World War to the aftermath of Hurricane Katrina. Three narratives intermix to deliver three distinct voices with shrewd echoes of each other.

In an America on the cusp of war, independent minded Evelyn wonders about her role in the world as she studies nursing at college. Her doctor father has worked hard to get his family into the upper echelons of black society and is unimpressed when his favourite daughter falls in love with the impoverished Renard. The irony that he himself started out in a similar situation is not lost on the reader, nor on his wife, Mother, whose complex relationship with Evelyn comes through on the page.

Difficult family relationships are the core of the novel, with Evelyn and her sister Ruby more like rivals than kin: “Ruby wasn’t as pretty as Evelyn, not as smart either, and Evelyn had tried to muffle herself her whole life to even them out.” These sibling conflicts pass down a generation with Evelyn’s daughters, the career-minded Sibyl and the book’s second narrator Jackie, a single mother whose partner is a recovering crack addict.

Characterisation is deft throughout, even with ancillary characters like Sibyl whose prickliness and perfectionism come through in tiny details such as how she sips her can of Diet Coke. Even as Jackie struggles with her own situation in an original and tender co-dependency narrative, she notices her sister’s longing for a child, her strained face in a photograph: “Jackie felt a sharp pity for her, but not something she wanted to do anything about, like the emotion you’d feel for a beggar on the street.”

How can people look after each other when they live in a society where their own safety is constantly in danger?

This breakdown in relationships within the family is set against the wider social backdrop. In this it recalls Morgan C Babst’s recent debut, The Floating World, which explored the devastating effects of Hurricane Katrina on the family unit. Sexton is likewise concerned with how damaged individuals endure and interact. How can people look after each other when they live in a society where their own safety is constantly in danger? In 1940s America, Evelyn and her family give way on sidewalks to white people, watch movies from “the Negro balcony”, and are abused by police for daring to look into a park.

Though not as blatant, the discrimination is still there in the 1980s as Jackie’s partner Terry loses his pharmaceutical job to his privileged white friends, the same “friends” who can dabble in cocaine at the weekends and continue to live the American dream during the week. The book’s final narrator, TC, also has the odds stacked against him as he leaves prison and tries to turn his life around for his newborn son. It is to Sexton’s credit that she offers him opportunities to redeem himself, with a sense of foreboding hanging over his actions even as he tries.

From New Orleans, the author studied creative writing at Dartmouth and law at UC Berkeley. A recipient of the Lombard fellowship, she spent a year in the Dominican Republic working for a civil rights organisation. Her work has been nominated for a Pushcart Prize and her stories have been published in The Massachusetts Review and Grey Sparrow Journal.

Her debut, longlisted for the National Book Award in 2017, is not without flaws. The author can be heard in Evelyn’s narrative, particularly when she relates her parents’ perspectives. TC’s vernacular with his drug-selling homies is authentic but his interior voice at times doesn’t match up. He ponders his relationship with the too-nice-to-credit Alicia, finding it “unfathomable that he and Alicia would settle down, buy a house, raise their kid, [and] in a few years add another to the brood”, before concluding that the “the tender weight of all this tugged at his heart”.

These are smaller points to be forgiven in a novel that manages to leave readers with a glimmer of hope despite the uphill struggles of its characters. It is a finely observed piece of writing depicting the titular freedoms that one day promise to be more.