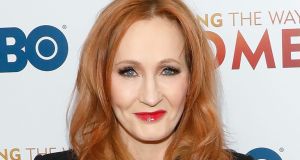 JK Rowling has begun to publish a new children’s book, a fairy tale “about truth and the abuse of power” that she has kept in her attic for years, for free online for children in lockdown.

The Ickabog, which is set in an imaginary land unrelated to any of Rowling’s other works, will be serialised in 34 daily, free instalments, the first of which appeared yesterday. It will then be published as a book, ebook and audiobook in November, with Rowling’s royalties to go to projects assisting groups affected by the pandemic.

“The themes are timeless and could apply to any era or any country,” Rowling stressed, adding that it “isn’t intended to be read as a response to anything that’s happening in the world right now”. The author has been critical in recent days of the UK government’s response to the Dominic Cummings crisis. On Monday she wrote of Cummings’s reasoning for his contentious trip to Durham: “Your wife was ill, you thought you were infectious and you’ve got a kid. Those circumstances are not exceptional. They’re commonplace.”

Rowling has alluded to the story in the past, describing it in 2009 as a “political fairytale... for slightly younger children” that she was then working on.

Yesterday the novelist said she wrote The Ickabog “in fits and starts” between her Harry Potter books, and initially planned to publish it after the final book in the series, Harry Potter and the Deathly Hallows. Instead she went on to write adult novels, including The Casual Vacancy and The Cuckoo’s Calling, under her pseudonym Robert Galbraith. She said she decided to “step away from children’s books for a while”, and kept the first draft of The Ickabog in her attic.

“Over time I came to think of it as a story that belonged to my two younger children,” she said, “because I’d read it to them in the evenings when they were little, which has always been a happy family memory.” But a few weeks ago she came up with the idea of publishing the story for free for children in lockdown. Her teenage children “were touchingly enthusiastic, so downstairs came the very dusty box, and for the last few weeks I’ve been immersed in a fictional world I thought I’d never enter again”.

“As I worked to finish the book, I started reading chapters nightly to the family again. This was one of the most extraordinary experiences of my writing life, as The Ickabog’s first two readers told me what they remember from when they were tiny, and demanded the reinstatement of bits they’d particularly liked (I obeyed),” she wrote on her website. “I think The Ickabog lends itself well to serialisation because it was written as a read-aloud book (unconsciously shaped, I think, by the way I read it to my own children), but it’s suitable for seven to nine-year-olds to read to themselves.”

Rowling is asking children to send in illustrations for each chapter, with the best to be included in the print editions of the story in November. “I want to see imaginations run wild! Creativity, inventiveness and effort are the most important things: we aren’t necessarily looking for the most technical skill.” – Guardian