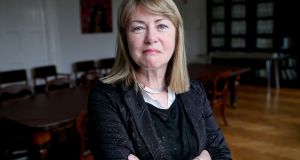 Aosdána has welcomed the decision of the Arts Council to withdraw a discussion document that proposed wide-ranging changes to Aosdána, including how it pays stipends to members.

The document presented in November included proposals to change the payment of the “cnuas” – the €17,180 annual stipend paid to 145 of Aosdána’s 246 members. It led to a stand-off between Aosdána and the council.

The council has agreed to withdraw the document and to meet representatives of Aosdána with a professional mediator in a bid to resolve their dispute.

The aim of the mediation is to re-establish communications between the council and Aosdána and to put aside any preconditions for the discussions between them.

The council in its document suggested changing the definition for those eligible for funding under the cnuas system from “full-time practising artist” to “working artists engaged in productive practice”.

It also wanted to introduce auditing to monitor the output of the State-funded artists and a requirement that recipients of the cnuas show they are “productive”.

Mary FitzGerald, chair of the toscaireacht, Aosdána’s elected committee, told members in an email on Monday that she wished to thank Arts Council chair Sheila Pratschke for proposing the withdrawal of the discussion document and that she looked forward to working with the council “in a positive and productive manner”.

“We have absolutely tried everything under the sun to find an amicable solution,” Ms FitzGerald told The Irish Times.

“We have made proposals right down along the line. Now I am just absolutely delighted that this has now been solved and settled. There is no bad feeling.”

She said she planned to raise at the toscaireacht’s next meeting the case of Patrick Pye, the 88-year-old artist who was told in March that his cnuas was to be discontinued, with a view to making a case to the council to have his stipend continued.

The council was strongly criticised by artists, including writer Colm Tóibín, over its treatment of Mr Pye.

Under existing rules, eligibility for the cnuas is reviewed every five years. Artists are required to have produced work of merit in the last five years to be eligible.

Mr Pye’s family have argued that he meets the conditions to be paid the stipend. Ms FitzGerald said that, under existing eligibility, Mr Pye is entitled to receive the cnuas.

Aosdána receives €2.7 million a year in public funding, almost all of which goes on cnuas grants.

Artist Vivienne Roche, composer Jane O’Leary and writer Éilís Ní Dhuibhne resigned from the toscaireacht in the past three months over Aosdána’s stand-off with the council on the proposals.

The three objected to the confrontational approach taken by the organisation and wanted Aosdána to enter into dialogue with the Arts Council.

Ms Ní Dhuibhne, who resigned on June 14th, told The Irish Times that she believes the Arts Council has “acted cruelly” towards Mr Pye.

“Since the economic recession, the Arts Council’s attitude to Aosdána has become increasingly resentful, for reasons which have nothing to do with Aosdána and everything to do with the under-funding of the arts,” she said.

“I am completely in agreement with the toscaireacht that Aosdána is being treated unfairly, even scapegoated. The attitude seems to be ‘Wouldn’t it be great if we didn’t have to fund Aosdána’.”

A spokesman for the Arts Council said that there had been no changes to the rules governing Aosdána or eligibility for cnuas and that those criteria have existed since Aosdána was set up in 1981.

“The proposals in the discussion document [November 2016] were for discussion only and were never progressed,” he said.

Udo Kier: ‘Only if you’re a good person can you be very evil onscreen’
Real news has value SUBSCRIBE