Against the odds, the RHA is still around, with this year’s exhibition one of its best. And despite our changing tastes, portrait painting has survived the advent of the selfie 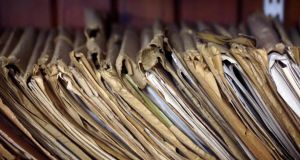 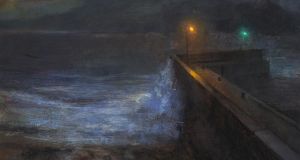 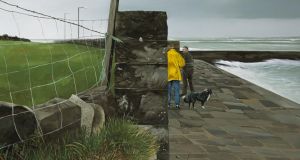 Detail from Talking at Doonfeeny by Martin Gale 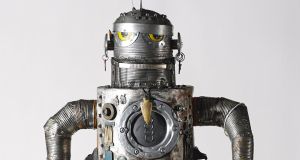 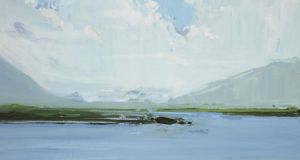 Detail from ‘From a Stone Field’ by Pat Harris 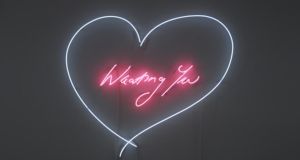 Detail from Wanting You by Tracey Emin

“To survive is to win,” the Chinese film director Zhang Yimou once remarked. It’s not the most upbeat motto in the world, but it comes to mind on visiting this year’s RHA Annual Exhibition. The 185th Annual Exhibition, to be precise. To survive that long, the academy has had to reinvent itself many times, to adapt and renew, and it has repeatedly faced difficulties that threatened its very existence.

Against the odds, the RHA is still around, in a pretty good home in a fine city centre location. And the annual exhibition is still a major event in the cultural calendar, valuable to artists and visitors alike. In the end, that sounds like winning.

This year’s show, with a clear majority of the more than 500 exhibited works drawn from open submission, is probably one of the best. Don’t linger at the edges, but plunge in and find something that engages you. Whether that is utterly traditional academic fare (mild-mannered landscapes in a vaguely impressionist idiom) or something more edgily contemporary (Abigail O’Brien’s compelling, close-up photographs of archived files, as evocative of endlessly circuitous legal bureaucracy as Dickens’s Bleak House), you will be rewarded.

The main risk is that you’ll overlook a gem because of the sheer number of works, given that not everything advertises itself with the glowing pink neon of Tracey Emin’s Wanting You, and not everything that glitters is gold.

By the way: yes, that Tracey Emin, of the unmade bed and other controversies. She numbers among the invited artists and seems quite at home, yet another sign of the changing times.

There is a logic to the exhibition layout. Photography, a relatively recent arrival at the academy, is centred on the Tony Ryan Gallery. You could even say that it is largely confined to the Tony Ryan Gallery, but it still presents some pointed challenges to painting and the graphic arts. Portraiture, a mixed bag, is in Gallery III. RHA members are concentrated in Gallery I, with some nice surprises, and print is in the Ashford Gallery.

Fans of Donald Teskey, of which there are many, will be gratified to see that he is on excellent form with a quartet of fresh landscapes based around Loop Head and, in In the National Park, possibly Killarney.

Move farther along and Joe Dunne, best known for his quietly observed portraits and urban landscapes, has ventured out of town and taken on what’s become a Teskey motif in a series of Surf and Rock paintings, possibly based on the north Mayo coast near Ballycastle. Dunne is more measured and restrained in his approach to the wild prospect of waves battering the flagstone shore, and his paintings are cooler and more formalised.

There’s no escaping north Mayo, which could have something to do with the way the Ballinglen Arts Foundation draws artists to the region. Pat Harris shows just one painting, but it’s a terrific one that captures the scale and atmosphere of the place with great boldness and verve, and amazing economy of means.

Still in Mayo, although moving farther south, Veronica Bolay delves into the atmospherics of place with a group of works in which mist, cloud and bursts of light are central: from Brief Clarity on Clare Island to a veil of mist gently enveloping a figure in a doorway in the remarkable Evening Mist. Her paintings are about the inner self as much as, or more than, the external landscape.

Farther south again, Jim Savage’s Roundstone Bog is a good advertisement for drawing as an end in itself, rather than a means to an end. It is epic in scale, every inch of the surface crackling with the energy of intensive looking and mark-making.

In that, it has something in common with Charles Harper’s fine, very lively, very organised series of paintings of the Burren, crisply analytical in the way they explore the structure of an exceptional landscape. Maeve McCarthy’s small, dark lit paintings, further meditations on rural isolation and ideas of departure and return, are beautifully done, but may lean a little too much toward sentimentality.

Martin Gale’s exemplary rural landscapes put people in the picture, usually struggling in some practical way with the reality of living in the country. The landscape may dominate, but it’s a working landscape, and the human presence is inescapable.

That presence, the individual person, is another core academic theme. People have been scarce in Eithne Jordan’s urban landscapes, but here her museum interior, and the spartan setting of an underpass, each centre on a single figure in a way that it seems fair to call subtly Kafkaesque.

Many works put the individual centre stage. Obviously portraits do so, including Vera Klute’s Hannah Doyle, a study of the sitter’s head that dispenses with background to great effect. Nevan Lahart mocks the genre with his virtuoso Portrait of the Artist as an Ad for Portrait Painting.

Not a million miles away, Sahoko Blake’s Portrait of a Painter cleverly foregrounds the tools and materials of the trade, and the studio setting, with just a glimpse of the artist. Mick O’Dea’s double portrait, Christina and Michael, is an exceptional work that usefully allows a little more relaxation than the conventions of formal portraiture dictate.

Even apart from the kind of technical ability and precision exemplified in Miseon Lee’s Trepidation, it is clear that, all in all, the advent of the selfie has not supplanted portrait painting. At the same time, Dragana Jurisic’s photograph, #23 of 100 Muses, a study of a seated, nude figure, is a considerable work. Jurisic is a well-established photographic artist, and this piece, from a project on the “female gaze”, has real gravity and presence and none of the flimsiness increasingly identified with photography as disseminated through Instagram and other digital platforms.

All add greatly to the texture of a visual feast.