Get ready for the ‘Irish biennale’ as architects take on Venice

The 16th Venice exhibition, curated by Grafton Architects, will highlight the humanity of Irish market towns 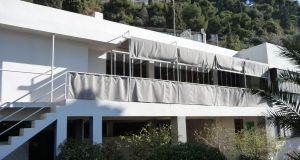 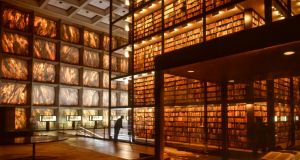 This year’s 16th Venice Architecture Biennale, which opens in May, is bound to become known as the “Irish biennale”. Not only is it being curated by Yvonne Farrell and Shelley McNamara, founders of Dublin-based Grafton Architects, but there will also be numerous other Irish architects involved in the main exhibition -- and Ireland’s own pavilion, of course.

It will be an unprecedented international showcase for some of our best and brightest designers. Sixty-five countries have lined up to participate, each with its own national pavilion, while more than 70 invited architects from all over the world will also be responding in different ways to the “Freespace” theme set by Farrell and McNamara for the six-month-long exhibition.

Their biennale manifesto, issued last June, had become a “tool and a reference point . . . and a guide to finding cohesion within the diversity of an exhibition of this enormous scale,” they say. “More importantly, the response we have received from every invited participant has been enthusiastic.” And now it’s being “dissected and interpreted” by architects worldwide.

Also among the 71 participants who will be showing their work on the Freespace theme in the biennale’s international pavilion are such familiar names as deBlacam and Meagher, based in Dublin and Ibiza, Hall McKnight (Belfast and London), Niall McLaughlin (London) and O’Donnell + Tuomey, who have already exhibited at least twice at previous shows in Venice.

As Farrell and McNamara see it, Freespace is about “a generosity of spirit and a sense of humanity at the core of architecture’s agenda [and its] ability to provide free and additional spatial gifts to those who use it” as well as celebrating the capacity of architects to “find additional and unexpected generosity in each project”, giving something back to the public.

At its Irish launch this week, in the gilded splendour of St Patrick’s Hall in Dublin Castle, the two curators – who were faced with the gargantuan task of raising €2.5 million towards the cost of the biennale – said they were delighted by the support of the Department of Culture and Heritage and the Arts Council as well as from business and individual donors in Ireland.

Paolo Barotta, president of La Biennale di Venezia, said its aim was to create a “machine of desire” to counteract mere consumerism and “the highly populated desert that is the internet” by inducing in visitors (some 250,000 are expected) an “expanded vision of the human condition”. He also complimented Grafton Architects on the “great team” it had assembled.

A special section of the main exhibition, entitled “Close Encounter, meetings with remarkable projects”, is being co-ordinated by Hugh Campbell, professor of architecture at UCD, and will present works that were inspired by a reflection on famous historical buildings, such as Eileen Gray’s modernist house, E-1027, in Rocquebrune, on the French Riviera.

Other buildings or spaces they have drawn inspiration from include Gordon Bunshaft’s extraordinary Beinecke Rare Book and Manuscript Library at Yale University in New Haven, Connecticut (1963), with its translucent alabaster panels in place of windows, and Fredrick Law Olmstead’s Delaware Park in Buffalo, New York (1876), with its lakes and neo-classical temples.

The Ireland pavilion, located in the 310-metre-long Corderie building of the Arsenale in Venice, is being called “Free Market” and will highlight the generosity and humanity in the common spaces of Ireland’s market towns, which have undergone fundamental change in recent times, aiming to reclaim or at least re-imagine “these places of interaction and community”.

Chosen for the strength of their ideas, the team involved in assembling Ireland’s national presentation for the biennale comprises Laurence Lord and Jeffrey Bolhuis, of Amstrdam and Copenhagen-based AP+E, Orla Murphy (Custom Architecture), Jo Anne Butler and Tara Kennedy (Culturstruction) and Miriam Delaney (Dublin Institute of Technology School of Architecture).

Orla Murphy told the large gathering in Dublin Castle that “Free Market” would examine the contemporary challenges faced by towns in offering a different kind of urban life to cities, even producing a “newspaper” to deal with relevant issues (such as Bungalow Blitz, on which I have contributed), and it would go on a national tour in 2019 to “continue the conversation”.