After a few drinks with Hennessy, Imma to start spending on its collection 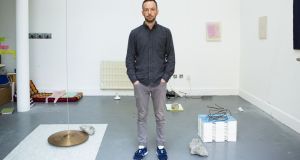 David Beattie, with his work The Impossibility of an Island (2016). Courtesy of the Hennessy Art Fund for Imma Collection, 2016 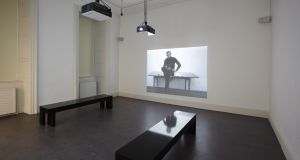 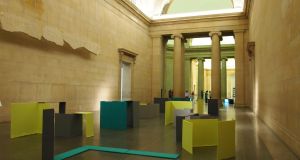 Launching tonight, the Hennessy Art Fund for the Irish Museum of Modern Art (Imma) Collection is a three-year initiative aimed at plugging some of the gaping holes in our national contemporary art collection following, more or less, a decade of funding drought.

At a value of €50,000 per year, the Hennessy fund is small beer compared to the €600,000 Imma once had for art purchases prior to the recession. While the Collections department at Imma would like a reinstatement of its ability to add key works by significant Irish artists, the Hennessy fund will help it do something about what, and who, is missing.

A panel including Imma director Sarah Glennie, head of collections Christina Kennedy and Emma Lucy O’Brien from Visual, Carlow, selected works by Kevin Atherton, David Beattie, Rhona Byrne and Dennis McNulty. Alongside more fluid factors of significance and excellence, the criteria were that the artist must not already be represented in Imma’s collection, and the work must have been made within the previous five years.

Kennedy says they had a long list to choose from. “You’d think of people you’d expect to be in the collection, including well-established artists. Imma’s never going to be a comprehensive canonical reflection of everything that’s happened in Irish art. We’re more interested in reflecting moments of strength; that’s looking to the way we’re funded, we don’t have the resources to collect comprehensively.”

The works chosen aren’t necessarily “easy”. Atherton’s In Two Minds is a two-screen video in which the artist carries on a conversation with his younger self; Byrne’s Bolthole is a self-assembly collection of fabric, plastic and carpet in which the audience can create their own worlds; while Beattie’s The Impossibility of an Island is a music-maker constructed from a rotating cymbal brushing up against a chunk of concrete.

Elaine Cullen, who works for Moët Hennessy, says she fell for McNulty’s I reached inside myself through time, which features an acapella recording of 1980s band A-ha’s The Sun Always Shines on TV. “The way he works with sound, the rawness of the installation . . . That’s the beauty of it, the risk, it really opened my eyes.”

Hennessey has form in arts sponsorship. It already sponsors the Literary Awards, the Portrait Prize at the National Gallery, Lost Fridays at the RHA and the Borris Literary Festival. It’s project at Imma comes after law firm Matheson’s three-year New Art programme at the gallery, which was launched last year and is aimed at commissions and exhibitions. As the Government pulled back on all non-essential funding during the recessionary years – leading, naturally to hot debates about the meaning of “essential” when it comes to culture – other funds have continued to support the purchase of art work in Ireland.

Established in 1933, the Haverty Trust buy works to donate to public collections, including Cork’s Crawford Gallery and the Model and Niland in Sligo. The fund is drawn from a 1928 bequest, and last year had €30,000 to spend. Purchases have included works by Anne Madden, James English, and Geraldine O’Neill.

The Contemporary Irish Art Society, which you can join for €40, was founded in 1962, when “nine generous patrons who each put £10 in a hat” for a Pat Scott painting, which they donated to the Hugh Lane (contemporaryirishartsociety.ie). And the Arts Council, who last bought work in late 2013/early 2014, plans to start buying again “in the near future”.

Being in the national collection means something beyond money to the artists. “I love the idea that the work will be cared for over a long time, and has the opportunity to be experienced even after I’m gone,” says Rhona Byrne. “It is really important,” concludes Kennedy. “We’re charting the visual memory of the country”.

The Hennessy Art Fund for Imma Collection works are on show from July 15th until February 2017. imma.ie