Annabelle Comyn: On My Culture Radar 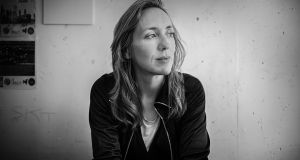 Recently, I read The Buried Giant by Kazuo Ishiguro, which was published a few years ago. It invites you in from the start. It’s set in the Middle Ages in England. It focuses on an old married couple, and it’s really about societal trauma and memory. By the end I found it overwhelming, which I hadn’t anticipated when I set out reading it. I also read The Sympathiser by Viet Thanh Nguyen. I struggled with initially, but it opened up my eyes. It’s set during the Vietnam War, and the protagonist is of Vietnamese/French background but educated in America. It deals with identity and the idea of affiliation, and the writing is dense but fantastic.

Because I have kids, I like Union8 in Kilmainham because it’s local, so we can have a few drinks and walk home. It has a neighbourhood atmosphere and the staff are really friendly. I don’t eat meat, but I can always find something. I’d usually go for the fish of the day.

I find Steve Coogan very funny, and I like David Mitchell as well – he has an interesting turn of phrase.

I was working in the UK in autumn last year, and I came across a dance company called Rambert2 at Sadler’s Wells. They’re emerging artists, and they performed three pieces around 30 minutes long each. They were beautifully choreographed, and so uplifting.

I went to see Derek Jarman’s exhibition at Imma in Dublin a few weeks back. I was familiar with some of his work, but to see it in person and collected together showed how diverse his work was. Sometimes with art, there are parallels with the project I’m working on, and it informs a new way of thinking for what I’m trying to achieve. That was the case with one of his films, Blue. I was interested in his use of sound and how it relates to the environment, and that fed into Our New Girl.

I usually get my new music from my kids, but the last album I listened to in-depth was I Own You by Mick Flannery. I worked with him on Evening Train last year, and, once the musical finished, I thought I’d listen to his other albums. I Own You was released in 2016, and now I need to give his newest one a go.

While I was in Croatia we went to Split for the day, which was quite touristy, but Zadar had a nice vibe. It’s a university city and they have the Sea Organ, which is like a harmonica built into the harbour wall that plays as the waves go through it. The Roman remains in the city are completely integrated into the shops and markets – it was nicely done.

I watch the news constantly, but on Netflix I love the premise of Better Call Saul. It’s shot beautifully. The show has gone downhill a little, but I’ll still watch the new series. I’m also into Ozark; I like the way it holds tension, and Laura Linney is great in it. It’s well-calibrated.

I saw Parasite, and it’s just brilliant. Again, it chimed with Our New Girl, especially how it dealt with class, and the illusion of what that class stands for. I loved the black humour of it too. I also loved JoJo Rabbit. It was bold in the way it incorporated Nazism, it was so unapologetic at the start. About a third of the way through it, you really saw the elements of its dark humour, and it felt nicely guided. It could have lost the run of itself, but it didn’t.

Our New Girl, directed by Annabelle Comyn, runs at the Gate Theatre, Dublin until March 21st