Sulphur and White: Uncomfortable tale of abuse and survival

Review: There is a great deal of gruelling repetition on the path to semi-redemption 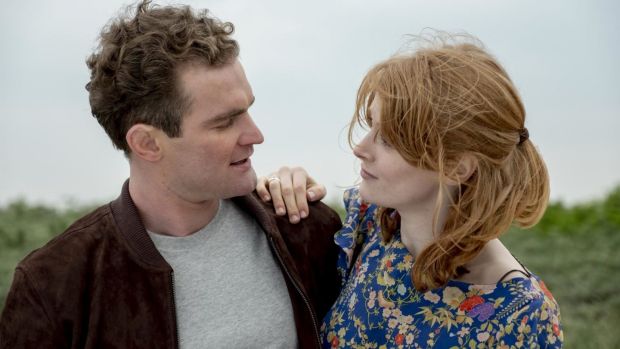 It would require a hard heart to remain unmoved by this uncomfortable tale of abuse and (qualified) survival. Mark Stanley is hooded, cold and focused as David Tait, a real-life city trader who moves through the workplace like a hardened slaughterhouse employee with a quota to complete.

The cliches are cliches because they’re true. He is valued for a steadiness that, in an early scene, has him retain order while all else are losing their heads. He and his friends party hard and work hard. Eventually his family suffers and he moves on to (we’re betting) mess up another relationship.

So far, so Wolf of Threadneedle Street. From an early point in the film, however, we are made aware that David’s ruthlessness springs, in part, from an appalling childhood in South Africa. Dougray Scott is almost unrecognisable as a father who oscillates between neglect and aggression. Anna Friel works hard as a mum who uses alcohol to soften the indigestible truth. As the flashbacks continue, we move from domestic bullying to something more savage and more organised.

There is, with such stories, always a tension between coyness and the queasy prurience that drove the craze for “misery memoirs” at the turn of the millennium.

For the most part, Julian Jarrold – best known for the very different Kinky Boots – finds a satisfactory balance between those two extremes. We get a sense of the suffering, but the camera never lingers. Scott is properly unsettling. Stanley presses Tait’s unexamined trauma into every muscle of his taut frame.

Unfortunately, Sulphur and White is a tad too one-note to justify its substantial length. We eventually get a plausible semi-redemption, but there is a great deal of gruelling repetition on the path. Shot in a flat style with little variation in tone, it ultimately feels likes a bit of a chore. None of which is to detract from Tait’s bravery in facing up to his past and working to alleviate the suffering of others.

Looking for a haunting tonight? We’ve found 13 of Ireland’s most haunted places