Pilita Clark: ‘We were anniversary-ing what was truly a Freestyle phenomenon.’ Anyone? 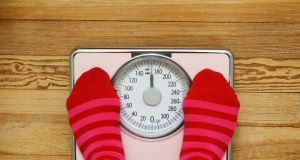 Every Weight Watcher I have ever known only joined up for one reason: to lose weight. Photograph: Melissa Ross via Getty Images

If I owned shares in WW, the company once known as Weight Watchers, I would have been upset to see its stock price tank by more than 30 per cent last week after it issued a grim set of results and a profit warning.

It would have been bad to learn the company had managed to lose 300,000 customers in three months last year, as it made a much-mocked effort to rebrand itself a source of health and wellness, not just a way to shed fat.

I doubt I would have enjoyed the snide headlines saying it was suffering “the wrong sort of losses” and “tipping the scales in the wrong direction”.

Yet what disturbed me most about WW last week was a problem of a different order. It was the baffling batch of words its chief executive, Mindy Grossman, came up with in an earnings call on Tuesday when she tried to tell financial analysts what had gone wrong.

To begin with, Grossman was keen to explain her company was on a journey, or rather a relentless series of journeys. “Modernising and repositioning a brand like Weight Watchers is a journey,” she said. It was a “transformative journey” and what’s more, “our journey won’t be linear”.

WW members turned out to be along for the ride. They were on “wellness journeys” and WW knew it had to do a lot to “support our members on their journeys”.

Grossman then set off on a new and more mystifying journey as she offered three chief reasons for WW’s dismal results. “So number one, we were anniversary-ing what was truly a Freestyle phenomenon,” she said. For a financial analyst steeped in the company’s recent history, this might have been decipherable. I was totally lost and I can imagine a potential investor might have been too.

After a bit of googling and a call to WW’s media people, I learned that Freestyle is the name of a new version of the company’s diet plan that is supposed to nudge slimmers to eat healthier food. It proved so popular that membership soared to record levels early last year. In other words, Grossman was saying the company had set such a high bar a year ago it was always going to struggle to match it this year.

On top of that, it was facing tough competition in the weight-loss game. Or as Grossman put it, “we have keto becoming a cultural meme”. This turned out to be a reference to the craze for low-carb, high-fat ketogenic diets. I can see they might pose a problem, though Atkins, South Beach and other popular keto programmes have been around for more than a decade.

Finally she arrived at a third reason for the company’s woes: marketing. Bingo, I thought. Surely this will be the moment when Grossman admits it had been an error to swap a perfectly comprehensible name like Weight Watchers, which it had used for more than 50 years, for two vague letters that take just as long to say.

I know the company has faced a rising movement against body-shaming and a general trend towards “wellness”, whatever that is exactly. But every Weight Watcher I have ever known only joined up for one reason: to lose weight. The WW rebrand always seemed pointless but Grossman is sticking with it, as far as I can tell.

She admitted the company’s ads could have been “more weight-loss focused”, especially in January, when people were full of new year resolve. But when an analyst gently asked if it had really been a good idea to change the name, she scaled confounding new heights of fuzziness.

“We always expected to have a bridge between Weight Watchers and WW,” she said. But some adverts had failed to “make that bridge more overt”. New ads had made it clearer that WW was the new Weight Watchers but this message had to be strengthened so people “really understand that there is a bridge”. She was not giving up on the idea of healthy weight loss. “We just need to create the appropriate bridge.”

This was a bridge too far for me. I am still not 100 per cent sure what she was on about. But I suspect that from now on, WW will be making it clear it still wants to help you lose weight, a task that would have been much easier if it had stuck to its original name – and its boss spoke in a way that anyone can understand.