The Irish man putting his stamp on Copenhagen’s music scene

Wild Geese: For Fergus Murphy, the best part of living in Denmark is work-life balance 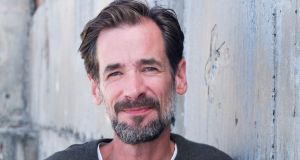 Fergus Murphy has lived in Copenhagen for 16 years with his family. Although he misses Ireland, he could never see himself leaving Denmark and all it has to offer

Fergus Murphy was well prepared for life in Denmark after spending much of his childhood in Cologne, Germany.

“I lived there from the age of four to 10, so I spoke German fluently. It came in handy when I was learning Danish down the line but, that said, Danish is no walk in the park and it’s taken me almost 16 years to master it. But I finally got there.”

Before he set foot on the Scandinavian peninsula, Murphy studied politics and German in UCD and completed an MA in political science, also in UCD.

“When I finished in 1991, I went to live in Paris for two years, where I taught English in a school on the Champs Elysees. It was a great time. Paris had an incredible cultural mix, which played out on the music scene,” he recalls.

“You’d get African beats, jazz, blues, all that kind of stuff. I dabbled in DJing and promotions on the side, so when I came back to Dublin it inspired me to pursue music and and entertainment full time.”

When he returned home in 1993, Murphy says, Ireland was still a backwater. “Dublin wasn’t developed like we know it now. There was no work and many people I had been to college with had left. But on the other hand, there was a great opportunity to make something happen.”

Murphy was part of a wave of DJs, promoters and event managers, who invigorated the city’s nightlife throughout the 1990s. “We created nights in places like the Gaiety Theatre along with regular residencies in up and coming parts of town. It was quite pioneering at the time and at the cusp of the Celtic Tiger.”

Heading into the late-1990s, things blossomed as restaurant culture took off and Murphy and his partner opened a restaurant, Velure, in Dublin’s city centre.

“Things were going great. There was a huge energy in the city, and I was coming down with work, but I decided to give Copenhagen a try. My wife is Danish, so we moved there in 2002 with the idea of staying for ‘a couple of years’.”

Murphy found that Copenhagen didn’t have the same vibe as Dublin or Paris when he arrived there. “So I wanted to get my teeth into it and help create something edgy and different. I worked as a DJ and promoter, running various nights, festivals and events and got a name for myself.”

He also managed a clothing store called Wasteland in the heart of Copenhagen, while covering the local music scene as a music editor of Bitchslap magazine.

“During the early to mid-noughties, I ran numerous successful nights across the city, became a resident DJ and branched out into studio work with record labels like the London label GASS.”

Murphy had previously worked with the Red Bull Music Academy, a global music institution and platform, which fosters creativity and learning music. He took on various projects with them in the late noughties, before taking a full-time job as a studio manager in 2012.

“The position allowed me to work with a range of international musicians and develop quality collaborations with artists. I also worked on events at the likes of Roskilde festival, one of the biggest festivals in Europe which attracts over 130,000 people annually.”

As somewhat of an expert, Murphy is often called upon to give talks at festivals, including the Storm Electronic music festival and the Rhythmic music conservatory, as well as public talks in libraries. “There is a lot of support from the state here for music and the arts, so you get opportunities in many different forms.”

The best part of living in Copenhagen, however is the work-life balance, he says. “That’s what’s kept us here for 16 years. We had two sets of twins in four years, so things were very busy for a while. Luckily in Denmark, you get help from the government when you have a big family so someone came over to the house a few days a week to help out, courtesy of the local council.”

The schools and services are excellent, he adds. “Put it this way, we would never have been able to live in Dublin with four children. So there’s no way we’re returning home. I managed my career around the kids, which I may not have been able to do in Ireland.

“One of us would have had to stay home, because childcare is so expensive. That makes no sense – that an entire wage goes on creche fees. Here you see parents picking up kids on bikes at 3pm or 4pm, having gotten off work early. So there is more focus on family.”

Obviously Denmark is a high-cost country and rents are at a premium, but for people coming over, there are opportunities across the board. “Once you get a decent rental, that is,” he jokes.

On the downside, being away from Ireland for a long time means you do lose touch with what’s going on, Murphy says. “The longer I live here, the less I’m part of Irish culture. You read what’s happening and chat to friends on social media, but you definitely aren’t a part of it anymore and that’s sad.

“There’s nowhere like Ireland and we return home every year, go to the west and catch up with family. So we still have a connection but, at this stage, the kids are more Danish than Irish. I guess that’s what happens.”