The Busy Olympics: facing up to the overwork epidemic 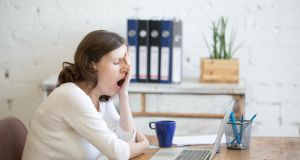 A culture of overwork prevails in many organisations, with an almost competitive attitude surrounding those who have worked the longest hours and how many personal hours are sacrificed in the name of meeting work demands. It is something colloquially referred to as the “Busy Olympics”.

As an organisational psychologist, I am frequently approached to deliver resilience training to enable employees to cope more effectively with the demands of modern working life. The rationale is that resilience allows employees to overcome work stress, to persevere in the face of adversity and to bounce back more quickly from setbacks.

Without being dismissive of the potential benefits of such resources, I am wary of approaches that position responsibility with the employee to become hardier, while serving to mask the real problems that are eroding employee well-being. Attempting to boost resilience simply does not atone for the level of work intensification many employees are confronted with on an unrelenting basis.

Sources of work intensification are varied but technological advancements, which facilitate work outside of normal hours, are readily identified as significant contributors. Technology blurs boundaries between work and home and allows employees to work beyond the traditional working day.

However, the misconception that time invested in work is directly related to productivity leads to negative outcomes for both employer and employee.

Most will agree that time spent on a task does not equate to quality of output. Yet input models of work – the amount of time spent at work as an indicator of performance – abound in most organisations. Rather than focusing on resilience, organisations should instead direct their attention to intractable attitudes and norms regarding time. Here are some reasons why.

Firstly, a focus on time fuels what is now referred to as presenteeism. While presenteeism is typically understood as working while sick, it can also involve feeling compelled to be or to be seen at work. Higher levels of presenteeism are far more prevalent in jobs with high workloads, pressing deadlines and limited backup support.

The sense of work piling up during an absence can lead many employees to postpone lunch, leaving the office on time or even taking holidays to which they are entitled. Ultimately, presenteeism diminishes important recovery time, exacerbates exhaustion and results in productivity losses.

Secondly, time-based models of working often engender unconscious bias, where visible people in the organisation are automatically more valued, while less visible employees are underrated. How many hours an employee can be seen during the day influences how they are perceived by the organisation.

Through our research in DCU Business School, we have encountered numerous accounts of perceived pressure to stay in the office late “for the sake of it” and “half-day” jibes directed at those who to leave at 5pm. Our research suggests that people, consciously or unconsciously, erroneously perceive working regular hours as an indication of lower motivation, lower career aspirations and lower commitment to the organisation. This is despite the fact that many individuals who do manage boundaries between work and home life achieve better productivity due to ruthless prioritisation, sharper focus and effective recovery.

Thirdly, focusing on physical presence and failing to appreciate the significance of time signals stifles diversity in the workplace. Many organisations have sophisticated diversity and inclusion strategies in place but traditional input models unintentionally discriminate against employees who have demands outside of work. Our research shows that simple oversights such as the timing of meetings of senior management teams can, for example, dissuade working mothers from putting their names forward for promotion.

What should organisations do to counteract the power of time signals? While resilience training can form part of a wider well-being agenda, cultural shifts are an essential starting point. A meaningful focus on output over input should be embedded in performance management.

Role models can change attitudes towards the work-life interface by setting good examples. Taking all of their annual leave and being vocal about family or other non-work commitments can be beneficial, while they should think twice about communicating work tasks after standard working hours.

Research shows that when employees receive emails from their managers after hours, they experience significantly more strain than when they elect to engage in work after hours of their own accord. In saying this, it must be acknowledged that the modern, global working environment requires flexibility on the part of employers and employees.

Many employees are happy to go the extra mile and to put in the extra hours when deadlines loom. However, it is the relentlessness of work overload pervading many organisations that is problematic. Employers need to consider the sustainability of workloads if they really want to nurture their talent into the future.