Reproduction was exhausting. So don’t write us off at work just because we’re over 50

Lucy Kellaway: Once clubbing and children are behind us, we have far more to offer professionally 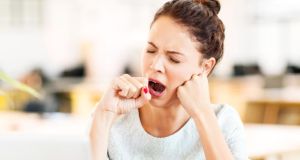 Who’s got more energy?: Younger colleagues end the weekend less fresh than they started it; an older person turns up feeling perky after a spot of gardening. Photograph: iStock/Getty

A couple of weeks ago I sat on a panel to discuss a subject dear to my heart: what people in their 50s and 60s should do with themselves professionally now that everyone is going to live for ever.

I made the obvious point that all professions ought to start taking in fiftysomethings at the bottom of the ladder and training them alongside graduates.

A woman in the audience put up her hand and said it was a nice idea but would not work, because older people did not have as much energy as younger ones. At the time I demurred politely. But subsequently I have been feeling less polite.

To say that a 55-year-old (or 65-year-old, come to that) cannot muster the energy of a 25-year-old during working hours is not only outrageously ageist but also almost certainly wrong. Yet nearly everyone seems to take it as fact.

Since then I have taken to asking people if they think fiftysomethings have less energy than people three decades younger do. Yes, almost all say. But then I put the same question to a few colleagues I could find at the Financial Times who are over 50. All said the same thing: no.

Science tells us that our bodies are at peak physical strength when we are in our late 20s, and we get feebler thereafter. But this is not the point, unless one is planning a new career as a lumberjack or a miner, because most work does not need anything near our full physical strength.

Indeed, if it makes any sense to talk about decades in which we are more or less energetic, the trough is not our 50s or 60s but our 30s.

This is when the professional classes are engaged in reproduction, which is the single most exhausting thing ordinary people routinely do. I was so tired for most of my 30s and early 40s that, even though I must have found some energy for my job, I really cannot remember how. I have blanked the whole thing.

Equally, twentysomethings do not always bring boundless energy to work. Possibly they have biology on their side, but then they go and ruin it by amusing themselves. For many, standard Friday and Saturday nights involve being out almost until dawn and consuming immodest amounts of legal and illegal substances, leaving them by the end of the weekend less fresh than at the start of it.

By contrast, an older person turns up at work on Monday morning feeling perky after a spot of gardening and having got to bed at a decent time.

By the time they’re 50 or 60, with clubbing and children behind them, it seems plausible that energy levels at work would rise. Most of my contemporaries eat better and exercise more than they did 30 years ago. We need less sleep, and even if some of the laws of biology are turning against us, we have learnt to marshal our limited resources to the best possible effect.

Yet more important than differences between the decades are differences in personality. Some 20-year-olds are live wires; others sleep until midday and thereafter take up residence on the sofa, too tired to get up and do boys’ jobs like taking out the rubbish.

Even by 95, when most have shuffled off this mortal coil, others are going strong. Prince Philip, having spent the past seven decades hard at work jetting around the world unveiling plaques, has only just declared that enough is enough.

For most people, regardless of whether they are 20 or 90, energy at work goes up and down depending on what they are doing. That is mainly a function not of age or personality but of stimulation. The busier and more interested you are, the more of it you have.

After a day at work in which I have been frantically active doing exciting and interesting things, I get on my bike and cycle home at a brisk clip. After a day in which I have wasted time, been bored or languished in meetings, I am so tired I can barely contemplate a short bike ride.

This may explain why some older people slouch around all day at work, looking sluggish. It is not because they are over 50. It is because they do not find work especially exciting any more. They have simply been doing the same thing for too long.

1 Why gift a son now if it eats into his tax-free inheritance threshold?
2 Flights abroad ban could last all summer
3 Government to avoid ‘cliff-edge’ on Covid-19 payment changes
4 Chris Johns: Economic self-harm is the root of populism
5 A perfect workspace between home and office
6 French company Infravia to buy Mater Private
7 No free lunch on coronavirus cash payments
8 Incoming Central Bank Governor to receive salary of €286,790
9 Indoor vertical farming is the future says Irish agritech start-up
10 Coronavirus: Over 1m workers may face tax bills of up to €2,800 at end of the year
Real news has value SUBSCRIBE