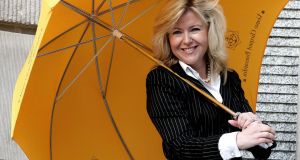 Alexander Mann was sold by Rosaleen Blair in 2013 for €315 million to New Mountain. Photograph: PA Wire

The UK company has been sold by its owner New Mountain Capital to the investment arm of a Canadian pension fund, Omers Private Equity.

Sold by Ms Blair in 2013 for €315 million to New Mountain, Alexander Mann specialises in a range of recruitment services.

At the time of the sale Ms Blair retained a €50 million stake in the company. This implied a 15.8 per cent shareholding but it is unclear whether or not she has held on to that stake. She is understood to have invested more in the company as chief executive.

“With Omers’ support we can strengthen our global total workforce proposition and critically, accelerate our digital transformation and investment in robotics and artificial intelligence (AI), creating an even more compelling proposition for our customers around the world,” Ms Blair said. The Dublin woman, as part of the company’s management team, is participating in the buyout.

“Under [New Mountain’s] ownership Alexander Mann Solutions has cemented its position as a global leader in the talent acquisition market place and significantly enhanced its capabilities in North America, ” she added.

In a statement, Omers said it intends to support the company’s management team and employees in “deepening and expanding its sectoral and geographic focus, and invest in technology”.

Omers also said it would support Alexander Mann in driving consolidation in the recruitment market – a “large but fragmented” one.

Although subject to several conditions including approvals by antitrust authorities, the proposed transaction is expected to close in the second quarter of 2018.