EU regulations aimed at increasing transparency for customers and clients 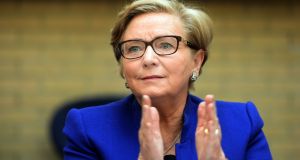 New rules requiring Irish companies to publish information on their policies in relation to gender diversity, corruption and the environment, including the risk they pose to human rights through their supply chains, come into force on Monday.

The EU regulations governing non-financial reporting, which apply to listed firms with more than 500 staff, are aimed at increasing transparency for customers and clients.

They have been debated at EU level for several years with some companies, including Ikea and Unilever, backing the measures, while others have lobbied against the reform, highlighting the costs and bureaucracy involved.

The disclosures will apply to financial years beginning on or after August 1st, 2017, so the first of reports are likely to become available from the second half of next year.

The Corporate Social Responsibility (CSR)information published will be on a range of topics, including carbon emissions and energy consumption, through to social issues such as engagement with local communities and anti-corruption measures such as the company’s whistle-blowing procedures.

The firms will also be obliged to disclose the diversity and gender balance policy that applies to their board of directors. A recent study by PWC showed that the majority of chief executives believed non-financial reporting of this nature contributed to the the company’s long-term success.

Announcing the regulations, Minister for Business, Enterprise and Innovation Frances Fitzgerald said: “These new regulations require some of Ireland’s biggest companies to publish information on the policies they adopt and apply on a variety of important matters.”

“In addition, these regulations oblige large listed companies to disclose how they promote diversity, such as age, gender and educational background, on their boards of directors.”

Ms Fitzgerald said where companies do not pursue policies in any of these areas, they must give an explanation as to why not. “I believe that public disclosure of this type will help to encourage sustainable growth in Irish enterprise,” she said.

The Tánaiste said a flexible approach had been taken in framing the new transparency requirements, which bears in mind the needs of both companies and those who will rely on the new disclosures, noting that companies could choose to publish the required information on their website instead of in an annual directors’ report.

1 State’s biggest landlord records 30% rise in rental income
2 What will the office market look like after the great remote working experiment?
3 Irish tourism must also help itself to survive the pandemic
4 Facebook agrees Irish wind farm deal with Brookfield
5 Trump signs executive orders banning TikTok and WeChat
6 ‘Saudi Arabia is where the opportunities will happen in future’
7 Project Eagle: What was it and why is it in the news?
8 How your country’s history affects the way you think
9 How to build your staff’s resilience while working remotely
10 Marlet secures €65m from AIB for Dublin docklands build-to-rent scheme
Real news has value SUBSCRIBE