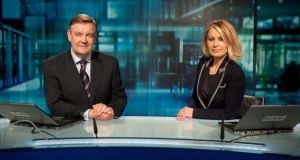 In a submission to the Government’s public consultation on gender pay gaps, Ibec said that reporting of pay disparities between men and women should be gradually rolled out to smaller businesses with larger organisations leading the way in the first instance.

“We believe that gender pay gap reporting, if conducted using an appropriate method that takes into account the size and scale of a business, has the potential to offer a real diagnostic tool to highlight the issue,” Ibec chief executive Danny McCoy said.

“We have proposed that such reporting should be introduced on a phased basis initially to organisations of 250-plus employees, with a 12-month period to calculate the pay gap,” he added.

The public consultation was announced amidst controversy over the low representation of women on a list of the top 10 highest-paid RTÉ presenters published during the summer.

Miriam O’Callaghan, Marian Finucane and Claire Byrne were the only women named on the deferred salary list for 2015, none of whom appeared in the top three.

The public service broadcaster also came under sustained criticism for a lack of transparency on its gender pay policies due to its initial reluctance to release figures.

Mr McCoy said a “whole-of-society approach” on the issue of gender pay and gender balance is also needed.

“Reporting alone will not identify or solve the myriad of structural, cultural and policy causes for the differences in participation rates and the employment gaps between genders.

“The reasons for the gender pay gap are multifaceted and a refocus on the issue of gender balance will offer the opportunity to examine the root causes of the gender pay gap, and ultimately gain gender parity on pay in Ireland, ” he said.

Were it to introduce such a mechanism, Ireland would be following in the footsteps of Australia where reporting of gender pay gaps in organisations is common practice.

In its own submission to the public consultation, the Impact trade union has recommended that companies of 50 or more employees should report periodically on wage surveys of employees.

Furthermore, it suggested that there should be a nationally-recognised badge of achievement for organisations “that make genuine efforts towards narrowing their pay gaps”.

In a statement, the union said: “Impact believes that gender pay gap reporting is the most important immediate step to take in order to narrow the gender pay gap.

“Transparency will shine a light on the inequity and encourage brands to compete with each other in order to lower their pay gap figures.”

Latest Eurostat figures indicate that Irish men are paid almost 14 per cent more than their female counterparts, which is below the European average of 16.7 per cent.