London ‘haemorrhaging’ talent because of Brexit 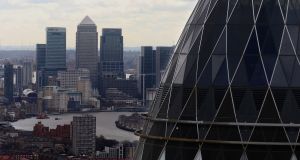 The number of City job seekers rose last month as EU nationals scrambled for employment in hopes of securing UK residency ahead of Brexit, but recruiters warn that the Square Mile is still “haemorrhaging talent” as a result of the referendum result. Photogrpah: Chris Radburn/PA Wire

The number of City job seekers rose last month as EU nationals scrambled for employment in hopes of securing UK residency ahead of Brexit, but recruiters warn that the Square Mile is still “haemorrhaging talent” as a result of the referendum result.

The latest London employment monitor by recruiter Morgan McKinley recorded a 12 per cent month-on-month rise in professionals seeking jobs in July, which compares to a 14 per cent drop during the same period last year.

Hakan Enver, Morgan McKinley’s operations director for financial services, said it was likely a reaction to UK government plans to end freedom of movement by the Brexit negotiation deadline in March 2019.

“EU nationals who want to stay in Britain have a shrinking window of opportunity to get a job and permanent residency, and many are seizing it,” he said. The survey also noted a 1% month-on-month increase in vacancies, which it said was a “significant upturn” for July considering that summer months are usually marked by a double-digit slowdown in jobs activity. 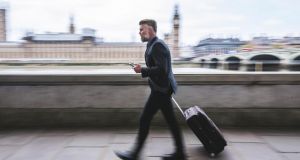 Irish in London: Has Brexit affected your plans to stay in the city?

Mr Enver said: “Normally the City clocks out for July, but with the industry being swept from under them, people are scrambling to make the most of the time left in the EU.” But annual comparisons are less cheery, showing a 11 per cent drop in vacancies and a 33 per cent fall in job seekers, proving the City is “still haemorrhaging talent” due to Brexit, he added.

It follows a string of relocation announcements from financial services firms in recent months, with many revealing the site of their new EU headquarters. Deutsche Bank last month warned UK staff that roles may be shifted as it was likely to book the “vast majority” of its asset out of Frankfurt after Brexit, while Bank of America said it had chosen Dublin as its new European hub but stopped short of unveiling staffing plans.

Goldman Sachs has indicated it would at least double the size of its Frankfurt employee base to 400, as US peer Citigroup said it would create approximately 150 new roles across its EU offices. Most recently, RBS said it would employ 150 staff in Amsterdam as part of its Brexit contingency plans.

Mr Enver said technology is helping drive fragmentation amid the Brexit exodus, making it unnecessary for financial services firms to huddle together in one hub like Frankfurt or Dublin. “Until recently, it had been assumed that the financial services industry was hub dependent, either remaining in London, or moving to a specific new location.

“A multitude of locations picking away at City jobs, however, suggests that a conglomeration of institutions may soon be a thing of the past,” the report explained.

Irish in London: Has Brexit affected your plans to stay living and working in the city? Irish Times Abroad wants to hear from you. Email your experiences and opinions to abroad@irishtimes.com.