How CEOs can conquer short-termism 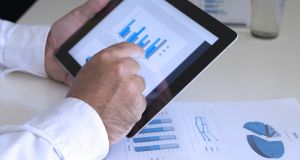 CEOs need to focus more on their long-term plans rather than concentrating on the short-term results, according to a new study. Photograph: Getty Images/iStockphoto

In a recent survey, 70 per cent of respondents said that CEOs focus too much on short-term financial results, and nearly 60 per cent said that they don’t focus enough on positive long-term impact.

These findings mirror the growing chorus of voices in business and academia that point to short-termism as being a major threat to business.

It’s easy to fault CEOs for being too fixated on the short term. However, we believe that most CEOs don’t lack good intent. Rather, they’re missing a practical road map to beat back short-termism and build enduring firms.

We conducted research on 25 CEOs and their practices for mastering short-term pressures and creating long-term social and economic value, even in the toughest conditions. Here are four practices that stand out:

Tell a story that is bigger than quarterly earnings

The CEOs in our study were adept at telling their company’s story. Great stories are credible, simple, consistent and use both financial and nonfinancial metrics to link a long-term vision and firm values with a distinctive business strategy and focused operational priorities.

CEOs in our study repeated their companies’ stories often and consistently to all their stakeholders. A purpose-driven story of value creation that is clearly and powerfully told is a CEO’s first line of defence against short-term pressures.

Setting financial targets high – too high to sustain for long – is a tempting way to drive performance. But the pursuit of those performance goals may drive bad decisions and harm the company’s long-term prospects. Setting realistic targets is only possible after thoughtful analysis, and requires the board’s agreement along with a good measure of courage from the CEO.

The CEOs in our study saw no contradiction between short-term performance and long-term value. They operated with a both/and mindset, seeking to deliver on immediate goals in a way that also built a sustainable future.

Many CEOs in our interviews emphasised the importance of choosing the right metrics to support both/and decision making. Design shorter-term metrics to be leading indicators for long-term strategic intent, and integrate them into the company’s incentive plans.

Stay true to your values

The CEOs in our study made clear that the demands to deliver short-term results can be brutal and unrelenting, and that standing up to them requires a tough skin and a strong moral centre.

These four practices operate together as a system. The first three elements can only work if people inside and outside a firm believe that its leaders will protect company values and uphold their trust in good times and in bad.

Short-termism can be conquered, one quarter at a time.