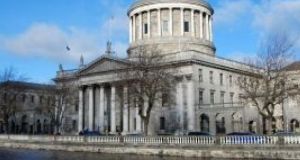 The Irish subsidiary of video game giant Electronic Arts was fully entitled to dismiss one of its directors, the High Court has been told.

That decision was made in accordance with the terms of Mr Grenet’s contract and was made on a “no-fault basis”, counsel said.

His client also rejected any claim it had played “fast and loose with its corporate responsibilities”.

The December 10th decision was made after Mr Grenet had been dismissed for alleged misconduct in allegedly making an inappropriate remark during a one-to-one video call with a female colleague.

That first decision to dismiss him was withdrawn by the company, the court was told.

Arising out of that first decision, Mr Grenet brought proceedings against the company aimed at preventing his dismissal as director of global delivery service for Electronic Arts Ireland in Galway.

He wants a temporary injunction, granted to him earlier this month, to remain in place pending the full hearing of his claim has been determined.

The company denies any wrongdoing and opposes the injunction application.

After the injunction application concluded on Wednesday, Mr Justice Tony O’Connor said he hopes to rule on Friday.

Earlier on Wednesday, Mr Connaughton, with Claire Bruton BL, for EA, said no reason was given for EA’s decision of December 10th but his client did not have to give one.

The company denies that second dismissal was made arising out Mr Grenet’s decision to bring the legal proceedings, the court heard.

Counsel also rejected as misconceived claims the second termination is invalid because the person who made that decision, Mike Pompei, is not an employee of the Galway -based subsidiary. Mr Grenet was not appointed by the board of the Irish subsidiary, counsel said.

Counsel also disputed arguments the second termination was in breach of the spirit of the temporary injunction.

Mr Grenet, represented by Oisin Quinn SC and Ray Ryan BL, was initially dismissed from his position in November for alleged misconduct arising out of an allegation he made an inappropriate remark

He denies he told Texas-based staff member, Tracy Simmons, he was not “going to pull my dick out and put it on the table to see who has the bigger dick”.

He says what he actually said was “I don’t want to compare the length of my dick”.

He accepts the remark was a “clumsy, inelegant and ill-advised expression” but says it means he “did not want to challenge” that particular person on a work matter.

He was informed by letter from the company on December 10th last, after he obtained the temporary injunction, it was withdrawing the decision to terminate his employment.

However, the letter said the company was terminating his employment and gave him one month’s notice which he did not have to see out.

Mr Quinn submitted the second termination was a “sham”, was “contrived” and clearly related to the earlier decision to dismiss his client arising out of Ms Simmons’s complaint.

Mr Grenet moved to take up the Galway job from France in July with his family. He says he was in charge of 420 EA staff in Galway and another 80 in Texas.

1 Moving in and out of lockdown is a recipe for economic disaster
2 Viacom and CBS mogul Sumner Redstone dies aged 97
3 Shed Distillery in Leitrim to open €3m visitor centre next month
4 Buying a second home now that we work from home
5 Revised help-to-buy scheme opens for applications
6 Objectors stall production of enough timber for 5,000 houses
7 UK tips into deepest recession on record after 20% contraction
8 AIB concedes Covid mortgage policy was ‘regrettable’
9 Divorce: What will it cost and can you afford it?
10 MSD buys Takeda biologics plant in Dunboyne
Real news has value SUBSCRIBE