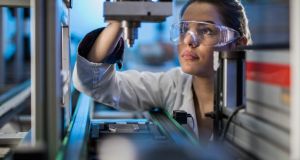 Engaging simultaneously in both radical and incremental innovation is considered one of the toughest managerial challenges.

Ambidexterity is defined as the ability to use both left and right hands equally well. In relation to the workplace, it is frequently used to refer to innovation – that is, the ability to exploit a firm’s existing knowledge and simultaneously to explore new knowledge.

For many firms, both are needed. It is not an either/or choice. Exploration of new knowledge is needed to generate radical new ideas, and those ideas then need to be exploited to produce short-term profits through incremental variations on the original idea.

For example, the original Apple iPhone was a radical innovation which was then exploited through subsequent iPhone generations. Some of the subsequent iPhones are more innovative than others but they can still be classified as extensions to existing products rather than completely new products.

However, not all firms that try to be ambidextrous are successful. And engaging simultaneously in both forms of innovation is not easily achieved. Indeed, it is considered one of the toughest managerial challenges.

The two forms of innovation compete for scarce resources and managers are naturally inclined to make decisions that favour less risky, shorter-term incremental innovation over radical innovation. The result is that blue sky-type thinking frequently gets crowded out.

So what can organisations do to become ambidextrous?

A research study I carried out – in collaboration with Prof Josep Bisbe of Esade Business School and Dr David Bedford of the University of Technology, Sydney – points to the importance of task conflict among senior managers in achieving ambidexterity. Conflict in general refers to a clash between opposing ideas; task conflict refers to differences of opinion about work-related issues.

Task conflict can occur among the senior management team when members argue over interpretation of facts, distribution of scarce resources, implementation of policies and strategies, etc.

But how can managers be encouraged to express differences of opinion? Based on survey responses of 90 senior managers in innovative industries in Ireland, we found that the use of key performance indicators (KPIs) is likely to be important in generating conflict.

In other words, a balanced set of KPIs forces managers to recognise the contradictory demands between short- and long-term innovation and makes the tension between these demands salient. This is beneficial as managers are prevented from making those either/or decisions. The combination of a balanced set of KPIs can frame the contradictions as both/and possibilities instead.

However, we found that a more balanced set of KPIs on its own was insufficient to generate task conflict. Opening the conflict to discussion and debate is also required. In this way the conflict is “used” rather than “resolved”.

Face-to-face debate provides the richest medium of communication for working with differences of opinions. It was only when a balanced set of KPIs was combined with face-to-face opportunities to debate the KPIs that task conflict was generated among senior managers. For firms striving for ambidexterity, the findings suggest that task conflict is likely, in turn, to lead to the achievement of ambidexterity.