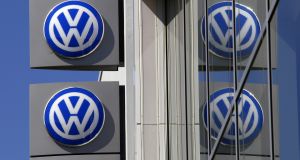 The growing number of court cases over the Volkswagen emissions scandal highlights the need for class actio n lawsuits, according to Independent MEP Marian, Harkin.

The growing number of court cases over the Volkswagen emissions scandal highlights the need in Europe for class action lawsuits, according to Independent MEP Marian Harkin.

Speaking in the European Parliament this week, she said that the growing number of motorists seeking compensation from the car giant highlighted the fact that there is no mechanism for a combined legal class action at EU level for consumers against corporate giants.

During her speech she referenced a District Court case heard in Castlebar, Co Mayo, last week where an Irish motorist is against VW over the emissions issue.

“This case brings to the fore the fact that we have no mechanism for a class action to be taken at EU level – and we must deal with this issue. Volkswagen settled on a figure of €15 billion in relation to a class action taken in the US. EU citizens deserve no less than US citizens when it comes to defending their rights,” she said.

The Castlebar case is being taken by Eithne Higgins, who owns a 2010 Seat Leon affected by the VW scandal. Last September the car firm admitted fitting certain diesel engines with a device designed to cheat emissions tests in the US.

After an investigation by US authorities VW finally admitted the devices were fitted to 11 million cars worldwide, an estimated 110,000 in Ireland. These are across a variety of brands owned by the car firm, including Seat, Skoda, Audi and the eponymous brand.

VW is recalling the cars to remove the cheat devices. However, motorists have queried whether this will impact on an affected vehicle’s fuel economy and official emissions rating. The latter forms the basis for the motor tax regime in Ireland and any changes could have implications on past and future tax bills.

VW denies there are any implications but to date have not supplied the data to support its claims. Mrs Higgins has sought a discovery order of expert opinion and technical evidence VW used to develop a fix for the affected engines.

In June the car giant agreed a $15 billion partial settlement with US authorities and the 500,000 US owners affected. However it has so far refused to offer financial compensation to European owners.

An American lawyer, Michael D Hausfeld, who was party to the US partial settlement, told The Irish Times that the growing number of European cases on the issue is highlighting the need for consumers affected by such scandals to be able to take EU class action lawsuits.

Mr Hausfeld has teamed up with Mrs Higgins’s solicitor, Evan O’Dwyer, to handle cases involving affected motorists across the EU. He said: “The importance of the decision and the proceedings in Castlebar are immense . . . and I think this decision by this court will be influential in other proceedings, not only in Ireland but throughout Europe.”

It is not just owners of affected vehicles who are taking legal action. VW Group’s investors are this week also preparing to flood a German court with more lawsuits to meet a deadline that lawyers say may be imaginary.

The Braunschweig Regional Court is bringing in extra staff for Monday, September 19th, the first business day after the one-year anniversary of VW’s admission that it rigged its cars to cheat emissions tests.

Shareholders who want to sue VW over their losses are concerned that the courts may rule this as the deadline to file. While most lawyers doubt the date is really key, few are prepared to wait.

“Nobody wants to take the risk that courts may see that differently in the end,” said Thomas Asmus, a lawyer at Lindenpartners in Berlin. “The herd instinct is strong. Everybody’s filing now. I’ll do it too.”

The flood of new shareholder suits in Germany adds to the carmaker’s troubles.