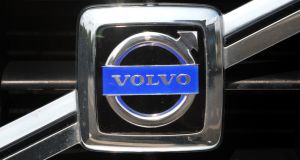 Volvo will be forced to scale back its UK model line-up if the UK significantly diverges from EU rules after Brexit, the carmaker’s chief executive has warned.

Hakan Samuelsson said certifying some cars for the British market would not be worth the cost if rules differed dramatically from the EU’s. The comments mark the first time the head of a big carmaker has warned of reduced consumer choice if Britain presses ahead with plans to carve out its own standards.

“If that happened it would be very negative, the number of cars for UK consumers would be much smaller than today,” he said, adding that it would be “very, very costly” to make cars compliant with a new set of rules.

Last weekend Sajid Javid, UK chancellor of the exchequer, told the Financial Times that the UK intended to split from EU regulations, becoming a “rulemaker” and forcing companies to “adapt” to a new environment.

The comments sparked alarm in some parts of the business community and he was forced to clarify on Thursday that the UK only wanted the freedom to set its own rules, and was not deliberately seeking to ditch Brussels guidelines.

Steve Barclay, Brexit secretary, told the BBC’s Andrew Marr programme on Sunday that Britain was particularly interested in setting its own rules in areas of new technology “where we want to move quickly” but played down the idea that the UK would diverge greatly on existing rules. “We’re not going to diverge just for the sake of it,” he said.

More than 2m cars are imported into the UK a year, with two-thirds coming from Europe.

British cars have the same standards as EU vehicles but if UK rules change significantly after Brexit, carmakers will be forced to pay for additional crash tests and customised emissions systems to make them compliant, something that would potentially cost each company millions and make them question the viability of servicing the UK market.

Mr Samuelsson said a system in which Britain accepted EU rules as well as its own would allow carmakers to continue selling vehicles into the market without extra costs.

He said he was “disappointed” the UK did not vote to remain in the EU and that the bloc was weaker without Britain, adding that his native Sweden and the UK had often voted along the same lines on key topics.

Mr Samuelsson said the global trade war had reached a “ceasefire” but not yet reached a “peace treaty”.

Volvo has plants in Europe, China and the US, and was forced to reallocate some of its production in response to the trade war between the US and China.

He stressed that countries or trading blocs that impose tariffs on imported vehicles to protect their own industries were “not very smart”, singling out China and Europe for imposing levies on foreign-built vehicles.

While the EU charges 10 per cent on cars coming in and China’s tariffs are 25 per cent, the US levies are much smaller at 2.5 per cent.