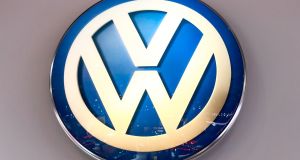 Volkswagen faces the prospect of compensating thousands of owners of tainted diesel vehicles after Germany’s top court undercut the carmaker’s defence strategy in a rare rebuke.

The federal court of justice batted down VW’s arguments that its cheating software was legal under European Union law and therefore the company was not required to compensate affected customers. The court unusually laid out its opinion on Friday, despite having to cancel a much-anticipated February 27th hearing after a plaintiff withdrew his complaint.

VW had sought to reach a settlement in the case to avoid a ruling against it by the court that could weaken its efforts to sidestep claims over its rigged diesel vehicles. Unlike in the US, the company has refused to compensate affected customers in Europe, and some 400,000 customers have signed up for a mass suit against the world’s largest car maker.

The court statement doesn’t allow “concrete conclusions” regarding its impact on other legal claims, Volkswagen said in a statement. The company reiterated that delivering a new vehicle in the case in question was “impossible” because the Tiguan sold to the customer in 2015 was “totally different” from the current version.

Volkswagen has struggled to move past the three-year-old scandal. In 2015 it admitted to rigging diesel cars to detect test conditions and lower emissions levels to legal limits, while polluting more on the road. The crisis involved as many as 11 million diesel cars worldwide and has cost VW about €28 billion so far. Inquiries by German prosecutors into the root cause of the engine rigging continue.

The customer in the case that was supposed to be heard next week had demanded a new car because the Tiguan diesel SUV he bought in July 2015 – two months before US authorities uncovered the engine manipulations – was rigged. VW has claimed it cannot deliver a new car because that model is not produced any more. The current Tiguan SUV, which starts at €27,775, is the successor model.

In its statement, the court said VW had an obligation to provide a vehicle free from defect and that the model change did not rule out a replacement. The court did not indicate what effect software updates would have on VW’s position. – Bloomberg