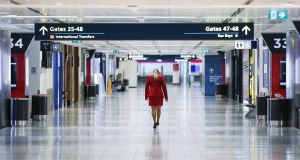 Virgin Australia Holdings on Tuesday succumbed to third-party led restructuring that could lead to a sale, making Australia’s second-biggest airline the Asia-Pacific region’s biggest victim of the coronavirus crisis gripping the industry.

Airlines around the world have been seeking government aid to survive after grounding the bulk of their fleets due to an unprecedented plunge in travel demand that is forecast to cost the industry $314 billion in revenue.

Virgin reported an annual loss for seven consecutive years even before authorities worldwide began restricting movement to slow the spread of the virus, which has led to around 70 deaths in Australia. It nevertheless commanded a secure share of Australia’s normally lucrative domestic aviation market before calling in administrators with debt of A$5 billion (€2.91 billion).

More than 10 parties have already expressed interest in recapitalising Virgin, which is continuing to fly a skeleton schedule under its current management team, said Vaughan Strawbridge of Deloitte.

Virgin appointed Mr Strawbridge as voluntary administrator to lead a sales process after the government rejected a plea for a A$1.4 billion loan to keep the airline afloat.

“Generally you get the best outcome where you sell it as a whole, so that is definitely the preferred approach,” Mr Strawbridge told reporters on a teleconference.

A sale is most likely to involve a deed of company arrangement, which is a binding agreement with creditors, and the aim is to complete the sale within a few months, he said.

Administration is Australia’s closest equivalent to the Chapter 11 bankruptcy provisions used to restructure companies in the United States.

Moody’s said unsecured creditors were likely to take a significant haircut on the value of their debt as part of any deal, and that it might be preferable to put the company in liquidation with uncertain recovery prospects.

The government has appointed Nicholas Moore, who for a decade led investment bank Macquarie Group, to engage with the administrator to find a “market-led solution” with a view to keeping two airlines on key routes, Treasurer Josh Frydenberg told media at a separate briefing.

Virgin employs 10,000 people directly and 6,000 people indirectly. It competes with larger rival Qantas Airways, which would have a virtual monopoly in Australia if Virgin stopped flying. Qantas’ share price jumped as much as 7.2 per cent on Tuesday to its highest since March 12th before the gain fell to 0.3 per cent in afternoon trade.

Virgin, which grew rapidly after the 2001 collapse of Australia’s then second-largest carrier Ansett, has a share of around one-third of the domestic market but that could decline under a restructuring plan.

Rico Merkert, a professor of transport at the University of Sydney Business School, said Virgin should focus on running a core fleet of Boeing Co 737 planes on domestic capital city routes rather than also flying regional turboprops and widebodies both at home and abroad.

Strawbridge said the airline was seeking talks with Boeing about the future of its order for 40 737 Max planes. The model has been grounded globally for over a year after two fatal crashes.

More than 90 per cent of Virgin’s shares are controlled by a group of investors including Singapore Airlines, Etihad Airways, Chinese conglomerate HNA Group and Richard Branson’s Virgin Group, which have all suffered a sharp deterioration in revenue because of the pandemic.

Branson on Twitter said his company would work with administrators, management, investors and government to return Virgin Australia to health. – Reuters