Airline must pay back €500,000 after EU investigation but is cleared over Belgian airport 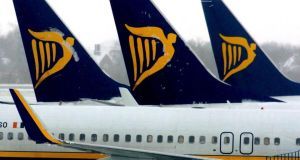 The EU has been investigating subsidies to several regional airports across Europe that may have benefited Ryanair and rival carriers. 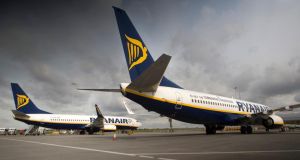 The EU has been investigating subsidies to several regional airports across Europe that may have benefited Ryanair and rival carriers.

Ryanair has won one of its longest-running legal battles after the European Commission ruled that its deal with Charleroi Airport in Belgium does not constitute illegal state aid.

The commission has ruled on a series of complaints involving discounts on charges and other incentives used by airports to get business from a number of low-cost airlines including the Irish carrier.

It found that the deals that Ryanair has with Charleroi, Frankfurt Hahn in Germany, Alghero in Sardinia and Vasteras in Sweden are not in breach of the EU’s state aid rules as the airports in question all profited from the agreements.

The commission did order Ryanair to repay €500,000 to Zweibrucken Airport in Germany after finding that the agreement between the two broke aid rules by giving Ryanair an “undue economic advantage”. However, it stopped flying from there in 2009 after carrying 50,000 passengers.

The airline’s legal and regulatory affairs chief, Juliusz Komorek, said that the Charleroi ruling in particular was a landmark as the case has been running since 1999.

Mr Komorek confirmed that Ryanair would appeal the Zweibrucken ruling. “But the three airports where we did not want to lose were Charleroi, Hahn and Alghero and the commission ruled on all of them today, ” he said.

He added that it could have been significant if the Charleroi finding had gone against it as it would have left the airline facing the possibility of repaying millions of euro.

The Belgian airport became one of its first European destinations outside Ireland and Britain in 1997 and Ryanair chose it as a base in 2001. Competitor, Brussels Zaventem, initially objected in 1999 and made a formal complaint in 2001.

It said that that Charleroi Airport, owned by a regional authority, was effectively subsidising the Irish airline by giving it cut-price landing fees, ground-handling charges and marketing support.

The commission upheld the complaint in 2004 but Ryanair appealed and won its case in the European Court of Justice in 2008.

That meant the issue was returned to the commission which began an investigation into the pair’s relationship that broadened out to take in other airports and airlines. The latest ruling is the outcome of that inquiry.

Officials said that Ryanair did not receive subsidies at airports in Charleroi, Germany’s Saarbruecken, Frankfurt-Hahn and Sweden’s Vasteras because it paid above-cost prices for fees.

Germanwings and Meridiana Fly must also repay aid granted to them by Sardinia’s Alghero airport, the EU said, without saying how much money was involved. Charleroi airport must give back €6 million in aid to Belgium’s Walloon regional authority which has supported it since 2002.

The EU said most of the aid was justified because it had helped the area’s economy grow. Belgium must demand a higher concession fee from the airport in future.

1 In this strangest of recessions, what happens next for Ireland?
2 Should I switch bank now with Ulster Bank at risk of closing?
3 Ireland’s Covid-19 economy in five graphs
4 Estée Lauder staff at Dublin airport plan further strike action
5 Michael O’Leary is the boss you want to lead an airline out of crisis
6 Overhaul of lease arbitration regime would be a game changer for retailers
7 Online shopping makes town centre jobs unviable, says Next boss
8 Best Covid-19 ‘influencers’ will avoid hectoring
9 Bank of Ireland sees about 2,000 staff apply for voluntary redundancy
10 Fortnite owner signs multimillion deal to buy Irish ‘kidtech’ firm
Real news has value SUBSCRIBE