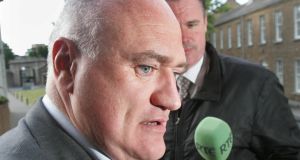 The only surprise in Ryanair running into the problems that led to it reversing its policy of not recognising trade unions was that it happened almost a year earlier than predicted, according to Evan Cullen, president of the Irish Airline Pilots’ Association (Ialpa).

In September Ryanair cancelled flights over the succeeding six weeks, hitting more than 300,000 passengers and leaving it with a €25 million bill after a holiday roster mix-up left it without enough pilots to fly all its craft.

The problem prompted pilots to campaign across Ryanair’s bases for a change to its collective bargaining system, leading to last week’s decision to recognise unions.

“Whereas we thought that Ryanair would be into flight cancellations in 2018, it certainly did come as a surprise when the cancellations started happening at the end of summer 2017,” Mr Cullen said.

He was not saying that Ryanair does not have enough pilots. Its chief operations officer, Peter Bellew, noted this week that it has more of them for each of its aircraft than ever. Instead the trade unionist said Ryanair had difficulty attracting and keeping experienced pilots. He pointed at the airline’s statement in late September, that it would slow growth through the current and next financial years, as evidence of this.

Mr Cullen blamed the fact that the airline hired pilots on contracts rather than as direct employees for this. “They have damaged their brand as an employer of pilots and it’s going to take them a few years to repair it,” he said.

While the public focuses on Ryanair’s woes, Mr Cullen said it was wrong to single out one company and argued that “Irish employment law uniquely facilitates precarious employment”.

Further to that, he maintained that this was a feature of the State’s entire aviation industry, and that reforms proposed by Taoiseach Leo Varadkar, when he was minister for social protection, would have no impact on this. “He knows this; he’s a former minister for transport,” Mr Cullen said.

“I find it incredibly cynical that the current Taoiseach, when he was minister for social protection, he brought out a law, an extension of paternity leave, for example, and he knew that most people in aviation would never benefit from that,” he said.

In essence, he said, the Republic’s employment laws represented the “lowest common denominator” compared with the rest of the EU. Businesses and shareholders benefited from this, but it came with a high social cost, he added.

“Many of these people cannot get mortgages, because mainstream banks won’t lend to people on precarious employment contracts,” he said. That pushed some towards subprime lenders, he added.

He defined precarious employment as situations where a worker had one “customer”, worked according to their roster, procedures and possibly wore their uniform but was not employed by them. “They have none of an employee’s benefits but all of the obligations,” Mr Cullen said.

“I am not talking about one airline or one employer, there are multiple employers in Irish aviation who engage in these practices. I’m not just talking about airlines, the ground companies are at this as well,” he said.

Ryanair responded that it did pay credence to an Aer Lingus pilot that had never flown for it.