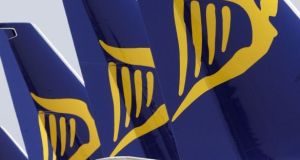 Ryanair has revised its summer 2020 schedule again and cut its expected traffic growth for a second time due to further delays in receiving Boeing 737 Max aircraft. It has also signalled that a number of jobs are under threat.

The airline said it now forecasts passenger growth of 156 million rather than a previous guidance of 157 million. It added it intends to close bases in Nuremberg, Germany and Skavsta, Sweden, as a result of only receiving 10 aircraft instead of the expected 20.

Ryanair is to reduce summer capacity at a number of other bases and said it is in discussions with both employees and the affected airports to finalise what it described as “minor reductions”.

The airline last month warned there was “a real risk” it would have no Boeing 737 Max planes in operation next summer due to delays to the delivery of the grounded aircraft.

In early November, the carrier said it expected to receive 20 planes early next year, rather than 30 as originally planned. It said the knock-on effect of this was that its passenger growth rate would fall to 157 million from 162 million.

The carrier said at that point it expected to receive its first aircraft in March or April, two months later than expected.

“We regret these two further base closures and minor capacity cuts at other bases which are solely due to further delivery delays to our Boeing Max aircraft. We are continuing to work with Boeing, our people, our unions and our affected airports to minimise these capacity cuts and job losses,” said chief executive Eddie Wilson.