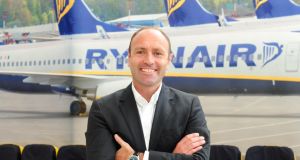 Kerry Airport is set to host the Connect aviation conference this week, which is the largest event of its kind in Europe.

It is the first time an Irish airport will be the official host for the three-day conference, which is expected to attract 450 delegates representing 50 airlines and over 150 airports.

“To grow employment we need to increase inbound tourism and this conference gives us an ideal opportunity to do this,” Minister for Transport, Tourism and Sport Paschal Donohoe said.

Denis Cregan, chairman of Kerry Airport, said the conference was an enviable opportunity for Kerry and for Ireland, and comes at a great time for the tourism sector.

“With ambitious plans for revenue from overseas tourism in Ireland to grow by €1.5 billion to €5 billion by 2025, industry stakeholders are being given the opportunity to meet some of the key decision makers as they plan for the coming years,” he added.

The lab, called the IoT Ignition lab, will be officially launched on Friday at the company’s Leixlip campus.

The chipmaker has four IoT Ignition labs across Europe. It has one in Munich focused on smart cities, and another in Stockholm focused on telecommunications. The Istanbul lab creates interoperable IoT services, while the Swindon lab aims to help British companies develop connected IT projects in areas such as retail, transport and smart buildings.

The Irish lab aims to focus on smart agriculture, smart homes, smart buildings and smart cities. Hardware and software vendors, system integrators, business consultants and end users can come together with engineers to plan, build and test concepts. The lab space will include a collaboration centre for workshops and product training, a demo area and a development lab.