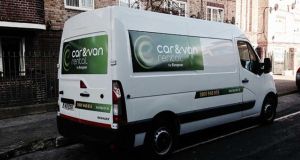 Ormen, a group which holds the Irish franchise for car rental brand Europcar, recorded pre-tax profits of €3.73 million for the 12 months ending August 2014, up slightly from the €3.4 million recorded a year earlier.

According to the group’s accounts, which have just been lodged with the Companies Registration Office, turnover rose from €34.3 million to €38.5 million over the year while gross profit increased from €9.8 million to €10.4 million.

Ormen was established in 2004 and its main backer is Colm Menton, the chief executive at Europcar Ireland. The group’s other directors include Stephen Gleeson and Eugene O’Reilly, managing director and executive chairman respectively at Hyundai Cars Ireland.

In addition to holding the Europcar franchise Ormen is the parent company of Irish Car Rentals, which Mr Menton took out of examinership in 2010. It also owns Executive Trust, which previously operated the Thrifty and Dollar brands in Ireland until Hertz acquired the Dollar Thrifty Automotive Group in late 2013.