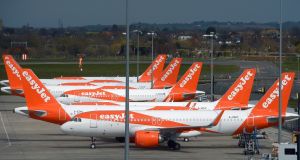 EasyJet can survive a nine-month shutdown thanks to its measures to contend with the coronavirus crisis and is planning for a slow recovery, the British airline said on Thursday as airlines worldwide battle for survival after lockdowns and travel bans brought the sector to a virtual standstill,

EasyJet announced a new fleet plan to manage its emergence from the enforced hibernation. The UK-based company said it will start to shrink its fleet and the number of planes it operates will not reach pre-crisis levels until 2022, signalling that it does not expect a quick recovery for the industry.

“We’ve been able to adapt ourselves to reduced demand for the next couple of years, then have the flexibility to increase as demand picks up again,” chief executive Johan Lundgren told reporters.

The industry is split on how quickly the sector can recover. Lufthansa, plane manufacturers and airline body IATA have warned that it will be a slow process. EasyJet’s bigger low-cost rival Ryanair, meanwhile, has predicted a swift rebound in traffic.

Mr Lundgren said that, while he does not expect the grounding of easyJet’s fleet to last nine months, the company would remain cash-positive even if that were the case and could survive for longer than that by seeking additional funding. Among the steps it is taking, easyJet is in talks over the sale and leaseback of some planes to leasing companies, with expected proceeds of up to £550 million .

“Overall, the company has presented a very credible response to the crisis,” said Goodbody analyst Mark Simpson. In addition to the deferral of new orders and non-renewal of leases, EasyJet said it now plans to sell six aircraft.

The airline has faced calls from its founder and biggest shareholder, Stelios Haji-Ioannou, to terminate its £4.5 billion order with Airbus for 107 new jets. He escalated his row with management on Thursday, issuing a statement saying he planned to call for the removal of Mr Lundgren as well as chairman John Barton at forthcoming meetings. He said Mr Lundgren should not send money to Airbus for planes while running an “aircraft parking lot”.

Through various funding initiatives, EasyJet expects to generate total additional liquidity of about £1.85 billion to £1.95 billion pounds, leading to a notional cash balance of about £3.3 billion pounds.

Given the level of continued market uncertainty, the company said it is not possible to provide guidance for the remainder of the 2020 financial year. However, it said winter bookings are well ahead of those at the same stage last year, with Mr Lundgren adding that he expects there to be pent-up demand for holidays as people emerge from lockdown. But travel restrictions are likely to ease slowly and EasyJet will have to be flexible, the CEO said.

“I don’t think this is going to be a case of let’s just open everything up,” he added. Measures under consideration include disinfecting aircraft and steps to ensure social distancing on planes. “We will clearly look to have the middle seat empty as we start,” Lundgren said. “I think that is actually what the customers would like to see.” – Reuters