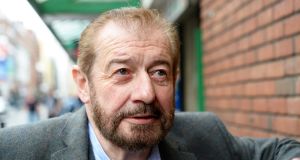 Martin Keane, who is planning a new luxury boutique hotel in Dublin 4. “It is very much at early stages, but it will be done my way and I’ll run it myself,” he says. Photograph: Cyril Byrne

Martin Keane, the owner of Bloom’s hotel and Oliver St John Gogarty pub in Temple Bar, is planning a new estimated 50-bedroom luxury boutique hotel in the heart of the embassy belt in Dublin 4.

The hotel is at the early stages of design, and plans have not yet been submitted to Dublin City Council. However, Mr Keane plans to develop the hotel in a couple of adjoining Georgian properties he owns on Pembroke Road, in Ballsbridge.

The location is a short walk around the corner from the US embassy. Mr Keane acquired the houses a number of years ago to house US marines and other staff who were stationed at the embassy.

“Back in day when people used to queue up for visas to to the US, I was lucky enough to meet a facilitator out of the US embassy,” said Mr Keane.

He said the embassy had decided to bring in more staff to deal with the visa queues. “So I acquired two houses and did them up to their specification.”

Mr Keane said the management of the hotel would not be contracted to another party, and it would not operate under one of the big international brands. He intends to operate the new hotel with one of his own companies.

“It is very much at early stages, but it will be done my way and I’ll run it myself,” he said.

The proposed new hotel comes at a time when there is an acute shortage of hotel stock in Dublin, leading to soaraway prices increases and some criticism of the industry for the impact that this may have on the capital’s competitiveness when attracting international tourists.

Dublin hotel rates are rising at an annual rate up to 20 per cent, although hoteliers argue the city’s rates are still competitive compared to other comparable European destinations.

The price increases and profitability of the city’s hotels have led to pressure on the Government to scrap the special 9 per cent VAT rate that was introduced during the recession for the tourism industry, which is now booming. Newspapers are also included in the 9 per cent rate.

The Department of Finance has indicated that restoring the original VAT rate of 13.5 per cent could raise up to €600 million for the exchequer.

However, Paschal Donohoe, the Minister for Finance, has previously sought to play down fears the rate could be increased in the upcoming budget, while the trade faces a threat from Brexit, due to declining visitor numbers from the UK.

Mr Keane, who owns some of the busiest tourist businesses in Temple Bar, where many UK tourists visit, said the area was extremely busy and he had not yet witnessed any slowdown.

“You can never have too much of a good thing,” he said, in relation to tourist numbers.