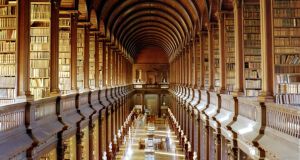 Dublin is the cheapest of 16 cities for tourists seeking cultural breaks, according to a report.

The capital is cheaper than other popular cultural destinations, including Prague, Budapest and Warsaw.

It looked at prices in 16 European capitals and New York.

The Dublin sites included were the National Museum, National Gallery and Trinity College’s Old Library and Book of Kells exhibit.

Cultural events used for the calculations included performances of Swan Lake in the Gaiety and Madame Butterfly in the Helix.

Taking in these events would cost €100 (£76). Similar outings in London would set travellers back €397, making it the most expensive of the European cities.

Paris was marginally cheaper at €342, while New York was by far the most expensive at €680.

Separately, Twitter users have found Dublin to be the friendliest tourist destination in the world to visit.

Dublin received the most Twitter praise for having welcoming people and was classed as the second most enjoyable destination in the world after the French resort of Nice.

Ireland was the fifth most enjoyable country for holidaymakers after Spain, the UK, Italy and Thailand.

The Mexican resort of Cancun scooped top spot for providing the most amazing views, followed by New York.

Croatia’s Dubrovnik was described as best destination for food lovers.