A programme of ‘rectifications’ has seen 66 golf courses closed 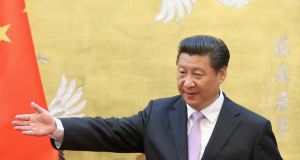 The building of golf courses has theoretically been banned since 2004 due to environmental concerns and local villagers’ unhappiness at having to give up arable land to make way for people in polo shirts. The recent round of “rectifications” has seen 66 golf courses closed.

With a few exceptions, golf courses are linked to the real estate that springs up on their fringes. Still, like Rolex watches and Porsche SUVs, interest in golf came to be a sign of status among China’s nouveau riche.

“Governments at all levels and relevant state council organs have proactively carried out golf course rectification work and have achieved phased results,” the National Development and Reform Commission said in a statement.

That said, golf isn’t totally in the rough. According to Golf. com, Tiger Woods will trouser €15.37 million for redesigning the Beijing Tian’an Holiday Golf Club outside the capital, which will be the flagship course in a dozen clubs around Asia.