The findings of an investigation into the plane’s development have shattered faith in the manufacturer and its regulators? 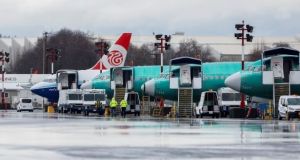 The European Union Aviation Safety Agency is expected to allow the Boeing 737 Max to start flying again before the end of the year. The US Federal Aviation Administration is yet to give its go-ahead, but American Airlines has provisionally scheduled the plane’s return for December 29.

American realises passengers may be nervous. Boeing 737 Max aircraft were grounded worldwide last year after two crashes killed 346 people. To provide reassurance, American has drawn up plans for corporate customers to tour the plane and hear from experts. The airline says passengers will be able to see if they are booked on a 737 Max and will be able to change to another flight if they wish. “If a customer doesn’t want to fly on the 737 Max, they won’t have to,” American said.

The two crashes, a Lion Air flight in 2018 and an Ethiopian Airlines 737 Max in 2019, were not due to pilot error. Nor did they result from carelessness, such as debris on the runway bursting a tyre and rupturing a fuel tank, as happened in the Air France Concorde crash of 2000. Instead, in the words of the US House of Representatives transport and infrastructure committee, the 737 Max disasters were “the horrific culmination of a series of faulty technical assumptions by Boeing’s engineers, a lack of transparency on the part of Boeing’s management, and grossly insufficient oversight by the FAA”.

In both cases, a faulty sensor caused on-board software to force the noses of the planes down in spite of the pilots’ attempts to right them. The transportation committee’s report, published in September, is packed with Boeing’s lapses. Let’s consider just three.

First, Boeing dismissed efforts to make simulator training compulsory for pilots flying the 737 Max because it wanted to cut the cost of the aircraft. This was in spite of the 737 Max’s tendency to pitch upwards, requiring the introduction of new software to force the nose down. After some questioning, the FAA went along with Boeing’s insistence that simulator training wasn’t needed. When some non-US carriers asked for it, Boeing’s chief technical pilot did his best to talk them out of it, writing to a colleague: “I save this company a sick amount of $$$$.”

Second, after the crashes, Boeing and the FAA tried to blame the pilots. But in 2012, a Boeing test pilot in a 737 Max simulator took 10 seconds to deal with the unexpected activation of the software, an interval the pilot described as “catastrophic”. The committee said it had “found no evidence that Boeing shared this information with the FAA, its customers, or 737 Max pilots”.

Third, before the crashes, a supervisor at the factory where the 737 Max was being assembled warned the plant’s head that company pressure to produce the planes was exhausting workers and potentially damaging safety. “For the first time in my life, I’m sorry to say that I’m hesitant about putting my family on a Boeing airplane,” he wrote. The supervisor, a former naval flight officer, told the plant boss that, in the military, concerns like his would lead to production being suspended. “The military is not a profit-making organisation,” his boss allegedly replied.

For years, I told people who were scared of flying that they were in more danger driving to the airport. I had visited aircraft factories, interviewed the managers and felt that, in the unlikely event that they would risk their companies’ reputations by cutting corners, the regulators would stop them. The 737 Max aftermath has shattered that complacency. As it takes to the air once more, Boeing and the FAA need to prove they deserve the flying public’s trust. – Copyright The Financial Times Limited 2020.