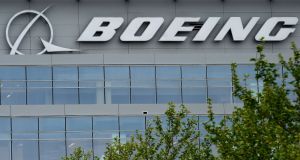 Boeing hid design flaws in its 737 Max jet from both pilots and regulators as it raced to have the aeroplane certified as fit to fly, according to a damning Congressional report into why two of the aircraft crashed within months of each other last year, killing 346 people.

The report by the US House of Representatives transport committee found the US aircraft maker cut corners and pressured regulators to overlook aspects of its new design in its attempts to catch up with European rival Airbus. It also accused US regulators of being too concerned with pleasing the company to exercise proper oversight.

The report said: “[The two crashes] were the horrific culmination of a series of faulty technical assumptions by Boeing’s engineers, a lack of transparency on the part of Boeing’s management, and grossly insufficient oversight by the [Federal Aviation Administration] – the pernicious result of regulatory capture on the part of the FAA with respect to its responsibilities to perform robust oversight of Boeing and to ensure the safety of the flying public.

“The facts laid out in this report document a disturbing pattern of technical miscalculations and troubling management misjudgments made by Boeing. It also illuminates numerous oversight lapses and accountability gaps by the FAA that played a significant role in the 737 Max crashes.”

Boeing has been under multiple investigations since last year, when a Max jet operated by Ethiopian Airlines crashed just five months after another owned by Indonesia’s Lion Air plunged into the sea.

Investigators have found that on both occasions, a faulty sensor caused an automatic anti-stall system to kick in erroneously, forcing the aeroplane’s nose downwards. Pilots for both Lion Air and Ethiopian Airlines battled to right their jets, but were overridden by the automatic system each time they did so.

Members of Congress have been conducting their own investigation into the accidents since last April. Wednesday’s report marks the culmination of 17 months of investigation, involving five public hearings, 24 interviews and 600,000 pages of documents.

The 238-page report details how Boeing attempted to minimise both the regulatory testing and pilot training required to fly the new Max, which was being rushed out in an attempt to compete with the Airbus A320neo.

It found the company successfully persuaded the US Federal Aviation Administration not to classify the anti-stall system as “safety critical”, meaning that many pilots did not even know of its existence before flying the Max.

In doing so, Boeing concealed from regulators internal test data showing that if a pilot took longer than 10 seconds to recognise that the system had kicked in erroneously, the consequences would be “catastrophic”.

The report also detailed how an alert, which would have warned pilots of a potential problem with one of their anti-stall sensors, was not working on the vast majority of the Max fleet. It found that the company deliberately concealed this fact from both pilots and regulators as it continued to roll out the new aircraft around the world.

Boeing has been working to correct the faults found in the Max for more than a year, and recently said it hoped to begin delivering the jet again in the third quarter.

The company said: “The revised design of the Max has received intensive internal and regulatory review, including more than 375,000 engineering and test hours and 1,300 test flights. Once the FAA and other regulators have determined the Max can safely return to service, it will be one of the most thoroughly-scrutinised aircraft in history.”

While the company cut corners in its attempts to certify the Max, the committee found a compliant regulator in the FAA.

The FAA certifies new aircraft designs by relying heavily on “authorised representatives”, company employees who are authorised by the regulator to validate certain designs and systems. And the report found that on several occasions Boeing did not flag important pieces of information to the regulator.

Members of Congress have introduced legislation that would toughen the FAA’s aircraft certification process, including carrying out regular independent audits on company-employed representatives.

The FAA said in a statement: “The FAA is committed to continually advancing aviation safety and looks forward to working with the committee to implement improvements identified in its report.” – Copyright The Financial Times Limited 2020