Avolon says it had ‘strong’ liquidity of $5.5bn at end of third quarter 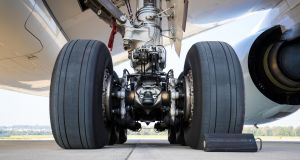 Dublin-based aircraft leasing giant Avolon said it had maintained a “strong” liquidity position of more than $5.5 billion (€4.7bn) at the end of the third quarter.

The company closed a private offering of $650 million senior unsecured notes maturing in 2026 in the period, and also saw an upward trend in its lease revenue collection rate.

In its update to investors Avolon said this collection rate continued to be affected by deferral arrangements and late payments.

Some 28 of the lessor’s customers were due to start repayments at the scheduled expiry of their deferral arrangements. Avolon said 24 of them had done so, in some cases under amended repayment terms. The balance are either in arrears or subject to an extension of their deferral period.

As of the end of September, Avolon had owned and managed a fleet of 551 aircraft, with total orders and commitments for 286 new technology aircraft. It has a total of 145 airline customers in 61 countries.

“We continue to maintain a close dialogue with our customers, and we have seen an upward trend in our lease revenue collection rate through the third quarter,” said Avolon chief executive Dómhnal Slattery.

“While the timeframe for the normalisation of air travel remains uncertain we have the liquidity, industry relationships and management experience to position the business for continued long-term success.”