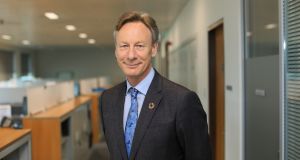 Peter Walsh is currently the director of capital programme within TII.

The board of Transport Infrastructure Ireland (TII) has announced the appointment of Peter Walsh as chief executive officer.

TII, which operates, maintains and improves the national primary and secondary road network in Ireland, made the announcement on Friday with the consent of Minister for Transport Eamon Ryan.

“Peter Walsh is currently the director of capital programme within TII,” he said. “He has over 40 years’ experience in civil engineering. The capital programme division is responsible for all TII’s transport infrastructure investment across both its national road and public transport portfolios.

“The board is delighted with Peter’s appointment and we are sure that he will bring the same innovation to the role of CEO as he did to his previous role.

“Finally, the board and I wish to thank and acknowledge the extraordinary contribution Michael Nolan has made as the first CEO of TII. His leadership helped to create and develop a single major national authority with responsibility for procuring major public transport and roads.

“His commitment to engineering and management excellence has set TII on an exciting path. Both TII and the country owe him a debt of gratitude and we wish him well in all his future endeavours.”