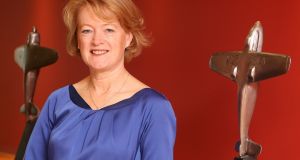 Christine O’Donovan, head of aviation and international asset finance at Mason Hayes & Curran, says the percentage of women at senior level in the industry is still low.

Just one in six companies in the aviation sector have more than 30 per cent of their senior roles filled by women, according to a survey by law firm Mason Hayes & Curran.

The survey, which shows that the sector is falling behind in terms of its responsibility to close gender gaps, indicates women and those from minority groups are still struggling to progress to senior leadership positions.

The survey also highlighted a state of unpreparedness for gender pay gap reporting legislation. Only 14 per cent of respondents stated their company had already carried out an analysis, while 41 per cent were unsure if their company had done anything.

In terms of board-level diversity, 28 per cent said their organisation still has an all-male board, despite the fact that many studies show that board diversity leads to enhanced board effectiveness and enhanced company performance.

Christine O’Donovan, head of aviation and international asset finance at Mason Hayes & Curran, said business leaders should “harness the benefits” of having people from diverse backgrounds working with them.

“The aviation industry is very competitive, and business leaders will want to make sure they are reaping the benefits that diversity can bring to their business,” she said.

“Looking at the survey results, there has been a slight increase in the number of respondents identifying as being part of a minority group, which is a positive development. However, the percentage of women at senior level is still low.

“Business leaders need to harness the benefits that bringing people from diverse backgrounds into their organisations can bring, especially considering that employees, particularly graduates, are expectant of a dynamic workplace.”

Why bosses should not be afraid of speaking out on Instagram 02:15
North’s consumers will be ‘hardest hit’ if UK fails to secure EU deal 01:22
Cross border trade reached all time high of €7.4bn in 2018 01:22
Irish economy to grow by 3.4% this year, predicts EY 00:01
Belfast Harbour seeks to develop six new film and television studios 00:01