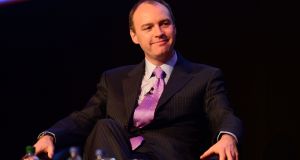 Write-downs in the value of aircraft contributed to an $850 million (€720 million) loss for the three months to the end of September at Aercap, the Dublin-based aviation lessor said on Tuesday.

The net loss for the third quarter of the year, which included once-off charges, compared with net income of $270 million during the same three months in 2019.

The exceptional items included non-cash charges of $973 million for a fall in the value of aircraft and goodwill, and $128 million related to an investment, as well as a $43 million cost for clearing debt.

The write-down in the value of aircraft totalled $915 million. This related mainly to Airbus A330 and Boeing 777 long-haul aircraft, which amount to about 10 per cent of Aercap’s entire fleet.

Excluding these charges, Aercap said that net income for the quarter was $158 million, or $1.24 a-share.

Aercap owns, manages or has ordered a total of 1,342 aircraft. The Irish company leases planes to 200 airlines in 80 countries around the world.

“The positive developments announced yesterday regarding the near-term availability for a Covid-19 vaccine, as well as the planned roll-out of rapid pre-departure testing, should provide a further boost to the industry,” Mr Kelly said.

Cash flow from Aercap’s operations was $541 million during the third quarter, 76 per cent more than during the three months ended June 30th this year.

Fewer airlines asked Aercap to defer rents on the aircraft it has leased them in the third quarter than in the second. The total deferred rent increased by $56 million.

Most aircraft lessors have agreed to defer rents due from airlines grappling with the impact of pandemic travel restrictions on their businesses.

Aercap ended the quarter with more than $11 billion in total sources of cash. Adjusted debt on September 30th was $26.7 billion while adjusted equity stood at $10 billion.

Mr Kelly also noted that the pandemic was increasing demand from airlines for new-generation aircraft. The Irish group is the biggest owner of such planes in the world.