The Irish Times Company of the Year: the three finalists 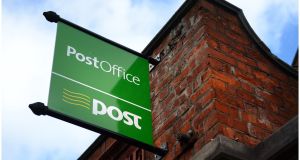 While An Post has been impacted by the Covid crisis, it won plaudits for keeping its postal services operating during the lockdown. Photograph: Bryan O’Brien

Businesses have had plenty to contend with over the past 12 months with increased US-China tensions and Brexit among the pressures. That was even before the coronavirus pandemic came along and wreaked havoc.

Our three shortlisted businesses for The Irish Times Company of the Year Award, sponsored by KPMG, all demonstrated that even in the worst of times, businesses can thrive.

Fenergo may not be a household name as yet but that could soon change. The company is on track to become Ireland’s third official tech unicorn after Intercom and Workhuman, with a €1 billion valuation.

Fenergo develops solutions for financial institutions that helps them with issues such as regulatory compliance and managing client data. Its customers include BBVA, Bank of China, UBS and State Street. In recent years, it has expanded into new sectors such as asset and wealth management and, in doing so, has added key customers such as Royal Bank of Canada, UBS and Mizuho.

The company, which is valued at $800 million after closing an $80 million investment round earlier this year, was spun out of Irish tech veteran John Purdy’s Ergo Group in 2009. Under the leadership of Marc Murphy, Fenergo continues to scale new heights, adding 16 well-known banks to its client base in the first five months of 2020 alone.

Irish Distillers has led the resurgence in Irish whiskey in recent decades, with its flagship Jameson brand now a feature in bars around the globe. Sales of Irish whiskey neared a record 12 million cases globally last year, with Jameson accounting for eight million of those.

In addition to growing the category initially, Irish Distillers has also been responsible for taking it upmarket as well, thanks to premium and “super premium” brands such as Redbreast.

Prior to Covid-19, the sector was continuing to diversify and to close the gap between sales of Scotch and Irish whiskey, something that would have seemed unimaginable 20 years ago.

Conor McQuaid, chief executive and chairman of Irish Distillers, has said that while whiskey sales will undoubtedly be lower this year because of the pandemic, he believes that the sector will bounce back quickly with Jameson leading the resurgence.

If ever there was a company that deserves to be known as the comeback kid, it is probably An Post. A report on the State-owned entity published in early 2016 painted a bleak future for organisation but under chief executive David McRedmond, An Post has staged a recovery on the back of a transformation strategy that has seen a number of post offices closing and a focus on digital services and new products.

While An Post has been impacted by the Covid crisis, which hit revenues and led to a delay in it entering the mortgage market, it also won plenty of plaudits for keeping its postal services operating during the lockdown, and its network of post offices around the country open to provide essential services.

An Post has also experienced a sharp increase in parcel delivery volumes since Covid-19 restrictions came into force, with hundreds of thousands of people continuing to prioritise buying goods online even though shops have reopened.

The company’s many postmen and women also played a key role in many communities around the country by keeping in touch with elderly people living alone during lockdown, often helping to organise groceries and delivering newspapers to their homes.

An Post is finalising plans to relocate its headquarters from the historic GPO to a property that better suits its changing needs in the years ahead.