Cantillon: Warning about livelihoods and sharing of material may be hypocritical 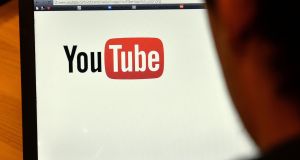 YouTube’s impassioned plea to creators to help take action against proposed EU copyright legislation will strike many as being a touch hypocritical.

In a blog post, YouTube boss Susan Wojcicki warned specifically about the EU’s article 13, which would put platforms such as YouTube on the hook for copyright violation.

“This legislation poses a threat to both your livelihood and your ability to share your voice with the world,” she said.

Those backing the changes say the legislation will protect artists, content creators and publications who have found their work used online without any compensation.

Implementing the legislation could have a huge impact on YouTube. Much of the content on YouTube is given over freely. People upload their videos because they want to share them with friends and family, or because they see a career as a YouTuber, and have ambitions to rake in a cut of YouTube’s ad dollars.

In January, YouTube tightened up the rules for joining its monetisation programme, setting a higher bar for aspiring YouTubers to reach before they could start to make money from ads.

The changes were forced by an advertiser revolt over the content their brands were appearing alongside. In an effort to regain trust, Google clamped down and made it more difficult for budding YouTubers to make it a full-time job.

So when Wojcicki warns about the impact on livelihoods and the ability to share your voice, it is worth remembering that the current control over that is exercised by YouTube. It decides who is admitted to its monetisation programmes and under what terms, and it can remove people from its platform if it deems them to have broken its terms of service.

In recent months, YouTube has faced competition for content, with Instagram’s IGTV, although there is no revenue-sharing scheme at the Facebook-owned platform – for now.

Once IGTV figures this out and starts spreading the wealth, YouTube may find it has a problem. In the meantime, cynics would argue that its privileged position makes its current stance on freedom of expression a little hard to take at face value.