Yahoo relieved as Verizon plans to go ahead with takeover 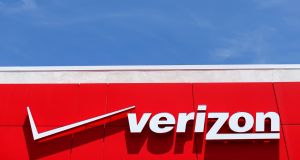 Yahoo may have got off lightly. Not only did Verizon not walk away from deal, but it also demanded a lower discount than feared. Photograph: Mike Blake/Reuters

There must have been some sighs of relief around Yahoo’s offices when it was confirmed that Verizon was still planning to go through with its purchase of the tech company.

The deal had looked a little shaky after it emerged that Yahoo had not one but two data breaches in recent years. Late last year it was reported hackers gained access to information on Yahoo users in 2013, which included email addresses, scrambled account passwords and dates of birth. It was bad timing for the company, coming so close to the news of 2014 attack that hit at least 500 million customer accounts. Both breaches were announced after the Verizon deal was struck.

Understandably, there were misgivings about the purchase. Things were put on hold while the ramifications of the breaches were explored, although behind-the-scenes work was continuing. The deal, announced in July, had originally been expected to close in the first quarter of 2017.

Verizon announced this week that it would proceed with the takeover – with a couple of modifications. The asking price is being reduced by $350 million, (€332 million), bringing the value of the deal to $4.48 billion, and Verizon and Altaba – what remains of Yahoo once the transaction is completed – will both bear the legal responsibility for breaches in the future.

It all shows that businesses that fail to protect data will end up feeling the consequences, and should serve as a warning to other companies about the importance of protecting their users. And it’s not just about large firms and entities; smaller companies need to also be aware of what their obligations are under incoming regulations or face hefty fines – up to €20 million or 4 per cent of global turnover.

Irish companies will have to comply with EU general data protections regulations by next year.

Yahoo and Verizon may be business behemoths, able to absorb fines and losses, but small companies will feel the pinch much more if they fall foul of the new laws.