Will Europeans really be able to ‘roam like home’ on their phones? 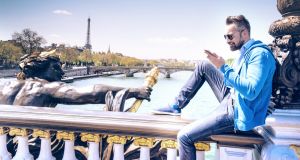 Instagram moment: The EU has finally brought about a situation whereby Europeans travelling to other member states can “roam like home” from next month 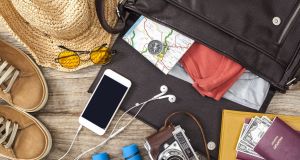 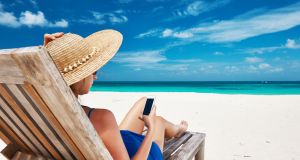 There are few among us who haven’t panicked over the cost of roaming while away from home. It need not even be a case of doing something as foolish as streaming a movie. Just enabling your smartphone to send notifications can be enough to quickly surpass daily data limits with result that costs add up fast.

As the holiday season approaches, it is reassuring then to learn the European Council late last month finally adopted the legal act that abolishes excessive mobile charges for those travelling overseas.

The move is meant to bring to a close a seemingly never ending battle between the European Union and telecom operators over how much the latter can charge anyone foolish enough to consider leaving Ireland.

The EU has locked horns with operators for at least a decade and after much ‘tooing and frooing’ has finally brought about a situation whereby Europeans travelling to other member states can “roam like at home” from next month onwards.

It’s been a long drawn-out fight all told with the EU slowly but surely whittling away at the problem with mixed results.

Since 2007, roaming prices have fallen by more than 90 per cent, with data prices in particular, having declined by as much as 96 per cent.

However, what seemed to be a final deal to finally end charges for in June 2015 suffered a setback when the European Council opposed it after some serious lobbying from operators. With the council having now backed a revised plan, officials are claiming that this is the real deal. Except of course, it might not be.

The new rules introduce caps on wholesales charges of €7.70 per gigabyte from, declining gradually to just €2.50 per gigabyte as of 2022. That all sounds fair, but as has been highlighted elsewhere, the decision to put limit on the amount of data from the “roam like home” plan would seem to makes a mockery of it.

“The overall purpose of the abolition of roaming charges is to allow customers to use their mobile phones while periodically travelling in the EU. This includes calls, texts and data. Obviously a fair usage policy has to apply but the overall aim is to allow customers use their mobiles phone across the EU at domestic prices,” Fine Gael MEP for Dublin Brian Hayes told The Irish Times.

The European Commission has stressed that while there is a fair usage policy included in ‘roam like home’, “there is no exemption for data services” in the plan.

“There is no loophole by which part of the domestic data allowance could be regarded as gift or side benefit and would therefore not count when travelling abroad. Doing so would appear like a clear case of circumvention, for which there is no basis in the Roaming Regulation,” it has said.

The Commission recently warned Irish mobile operators they will be in breach of EU laws if they attempt to impose high roaming charges by stealth. But, as we all know some operators (hello Three Ireland!) have already tried to get around the new rules by modifying terms and conditions of contracts so as to be able to continue to charge high surcharges.

Some doubt whether authorities will really be able to stop operators from finding a way round the revised regulations.

“I am not satisfied that the operators will not be able to get around the new rules on June 15th,” said Mr Hayes.

“The regulation states that national regulators have the power to take action against providers. But, Comreg who has responsibility for enforcing these rules in Ireland, has yet to make clear what sanctions they will impose on operators who refuse to implement ‘roam like home’,” he added.

Comreg for its part has sent out a warning, noting that it is aware of operators trying to introduce new contractual arrangements but not stressing what action it might take.

“We will not say anything more about this matter until we can do so without prejudicing our compliance function,” it said earlier in the year.

When the EU began battling away on roaming charges in 2007, the key issue centered on voice and SMS charges as the world’s first smartphone, the Apple iPhone, was only released that same year. The launch of the iPhone changed everything, introducing as it did, an easier way for people to get online while on the move.

According to research from Ericsson published late last year, there were 280 million smartphone subscribers in Western Europe in 2016, equivalent to 70 per cent of all mobile subscriptions. By 2022, the company predicts three will be some 480 million smartphone owners.

Perhaps unsurprisingly, the rise in smartphone ownership has led to a jump in data usage with the volume of data roaming having multiplied across member states by more than 100 between 2008 and 2015, according to the EU.

Ericsson’s report shows that increased use of smartphones has led consumers to do things online that they previously didn’t use to do regularly, accessing TV and video content for example.

Indeed, the study reveals a third of smartphone owners in Western Europe increased their usage of mobile streaming apps over the 12 months to the end of 2016, while 40 per cent used more education and learning apps.

All of this is of course to be expected, which is why the decision to limit data from the final ‘Roam like Home’ plan seems somewhat bizarre to some.

Not only would it seem to go against the EU’s aim of bringing down roaming charges for citizens, something it has fought tooth and nail to achieve, but it also actively goes against another of its aims, which is to make it easier for consumers to use online subscriptions to services such as Netflix, easier.

The European Commission recently agreed new rules to enable cross-border ‘portability’ of digital content. The move, it said “would widen people’s access to cultural content online” by ending geo-blocking, which stops users from accessing their subscriptions when outside of their country of residence.

“We want to ensure the portability of content across borders. People who legally buy content - films, books, football matches, TV series - must be able to carry it with them anywhere they go in Europe,” said Andrus Ansip, vice-president for the digital single market,” at the time of the initial announcement.

“This is a real change, similar to what we did to end roaming charges,” he added, unaware that the jury would still be out on whether this had been achieved over a year after he uttered his comments.

Whether EU citizens will truly be able to ‘roam like home’ from next month onwards, remains to be seen but consumers should be careful to keep an eye on their data usage for a little while longer just to be on the safe side.